The first-ever MYOpera Performance Intensive Showcase on February 17 exhibited six up and coming Canadian opera singers performing a surprisingly eclectic program of operatic gems. Because MYOpera chose not to perform an opera as in previous years including Rossini’s L’italiana in algeri (2017), Britten’s The Rape of Lucretia (2016), and Berlioz’s Béatrice et Bénédict (2015), artistic director Kate Applin noted that this year they could work with the singers they liked the most, rather than filling the roles required in a particular opera.

Although the showcase was the final event of the weekend, the free Performance Intensive for these six lucky performers began on February 16. Described as “mini-boot camp,” the singers began each day with movement classes and spent the rest of the day rehearsing the fourteen arias and ensembles seen in the showcase. On Friday evening, they even had the opportunity to have a masterclass with Philip Morehead who, until recently, was the Head of Music Staff at the Lyric Opera of Chicago.

Rather than a large venue, the showcase was presented at The Vandenberg House in Leslieville, Toronto. Thirty-five seats were assembled in the dining room, which opened into the salon with a beautiful bay window. It was an intimate affair reminiscent of a 19th-century salon — one just had to imagine the rumbling of the Queen Street streetcar was the trotting of horse hooves on cobblestone. With wine and an assortment of hors-d’oeuvres, the evening’s casual atmosphere promoted the audience to mingle making it an evening of music making among friends.

Because the best singers were chosen for the Intensive, the Showcase presented an unbalanced combination of four sopranos, a mezzo, and a baritone; or an even more drastic way of looking at it, five women and one man. At first glance, one wonders how they would create a varied program of arias and ensembles from such limited resources.  However, the artistic team, including music director Natasha Fransblow and stage director Anna Theodosakis, challenged these young singers with some not often heard ensembles.

Despite getting your hopes up by saying this, the program began predictably and appropriately with the trio “Soave sia il vento” from Cosi fan tutte by Mozart. Soprano Gwenna Fairchild-Taylor sang Fiordiligi with mezzo-soprano Victoria Borg as Dorabella and Paul Winkelmans as Don Alfonso. Always nerve wracking to be the first on stage, this trio was an awkward start to the evening. Although their voices were individually alluring, the performers did not blend well in this piece and clearly found Theodosakis’ choreography––which was impressively created and learned that day –– uncomfortable.

After this small hiccup, the singers were obviously more at home in the later romantic repertoire. Most likely inspired by the Canadian Opera Company’s national premiere of Strauss’ Arabella, Fairchild-Taylor and soprano Allison Walmsley sang the opera’s famous duet “Aber der Richtige.” Although at times her relaxed singing style lost the clarity of the words, Fairchild-Taylor found herself more at home in the role of Arabella showing off the ample size of her full lyric voice with this piece’s opportunity for extreme range and dynamics. As Zdenka, Walmsley shaped this German music beautifully exhibiting her extensive upper register and resonate bottom. Throughout the evening she also proved herself to be a natural and alluring actress.

Without a doubt, the most gripping ensemble of the evening was “There’ll be trouble” from Kurt Weill’s Street Scene. Soprano Amanda Cogan, joined by Clayton and Winkelmans, brought the first half of the program to a dramatic close with the help of Theodosakis’ thoughtful choreography. Cogan proficiently balanced the speak-singing style of Weill’s music with its intense lyricism. Also, her acting ability captured everyone’s attention when one thought she might actually be hit by Winkelmans’ character.

Although experiencing opera singers up close is always a treat, in the house’s small salon the singers’ voices didn’t always have enough distance from the audience to pleasantly resonate. For example, the second half of the program concluded with the famous trio “Hab’s mir’s gelobt” from Strauss’ Der Rosenkavalier. An extremely challenging piece, Walmsley as Sophie, Fairchild-Taylor as the Marschallin, and Borg as Octavian managed to perform the piece adequately. However, the amplitude of their combined voices in this large repertoire seemed better suited to a bigger performance space, unlike the solo performances.

In addition to the ensembles, each singer performed a prepared aria. For me there were two outstanding performances that deserve special mention. Second in the program, was Cogan singing “Chi il bel sogno di Doretta” from Puccini’s not often heard La Rondine. Having seen Cogan perform in Loose Tea Theatre’s comedy improv show Whose Opera Is It Anyway, it was a treat to hear her perform something that wasn’t composed on the spot. In this aria, Cogan showed off her ability to spin stunning pianissimi in her upper register and then crescendo to expose the full timbre of her lyric voice. A captivating visual and vocal actress, at times one felt that she verged on sacrificing the simplicity and beauty of Puccini’s lines by being, dare I say it, too musical.

The second outstanding performance was by Clayton, who sang “Je dis que rien ne m’épouvante” from Bizet’s Carmen. Unlike the comedy in the duet from Don Pasquale, Clayton showed herself to be a versatile actress perfectly capturing the honesty and naiveté of Micaëla’s character. With her almost flawless technique and pure, rounded sound, Clayton sang Micaëla’s aria with beautiful French diction and impressive breath support necessary for this piece’s long phrasing. In the future, one might wish to hear her intensify the pianos so famously heard at phrase endings in this aria.

Pianist and coach Natasha Fransblow, who had been accompanying the singers tirelessly all weekend, also played the entire concert. She followed her performers faithfully despite some inconsequential errors. Although this evening was all about the singers, one does wish a real piano was used instead of a keyboard.

With the wonderful singing seen in the showcase, it leaves one dissatisfied that there will not be a fully staged opera utilizing all this talent. However, while chatting during intermission, I heard some whispers that MYOpera might be taking a breather with the Intensive to prepare for some more ambitious projects next season. Based on this salon, it is undeniable that indie opera has the talent available for some exciting projects in the future. 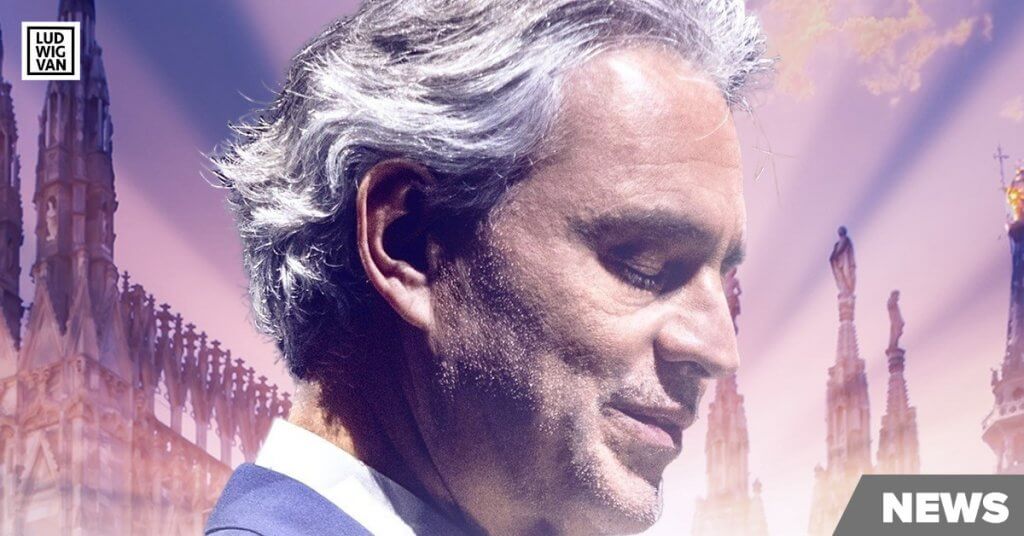 In a concert billed as "Music for Hope", renowned tenor Andrea Bocelli will sing from the Italy’s Duomo Cathedral for a free Easter concert broadcast to an online-only audience.
(Continue reading)
Read the full story Comments
Share this article
lv_toronto_banner_high_590x300 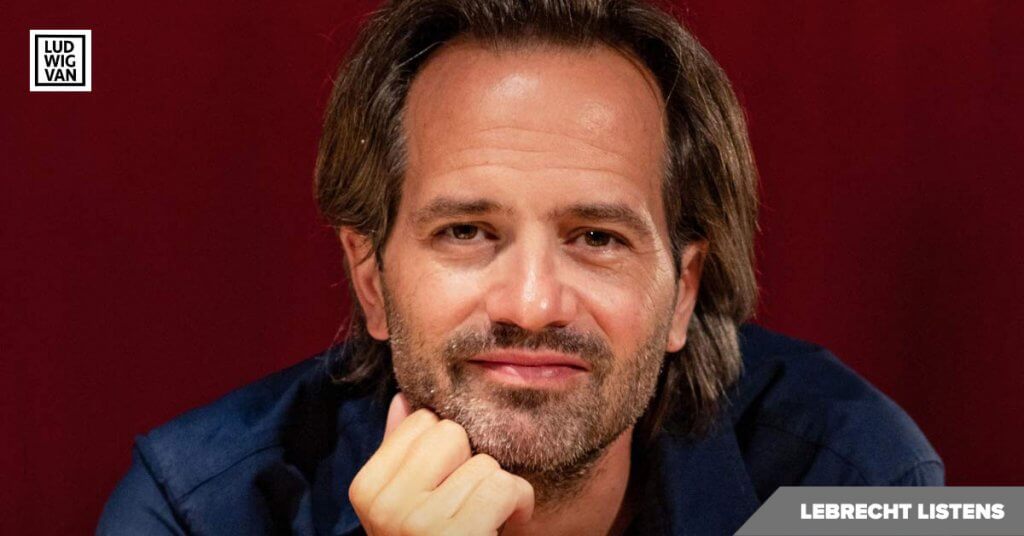 If you think Scriabin is best taken in small doses, Peter Jablonski's Mazurkas may leave you hungering for more.
(Continue reading)
Read the full story Comments
Share this article 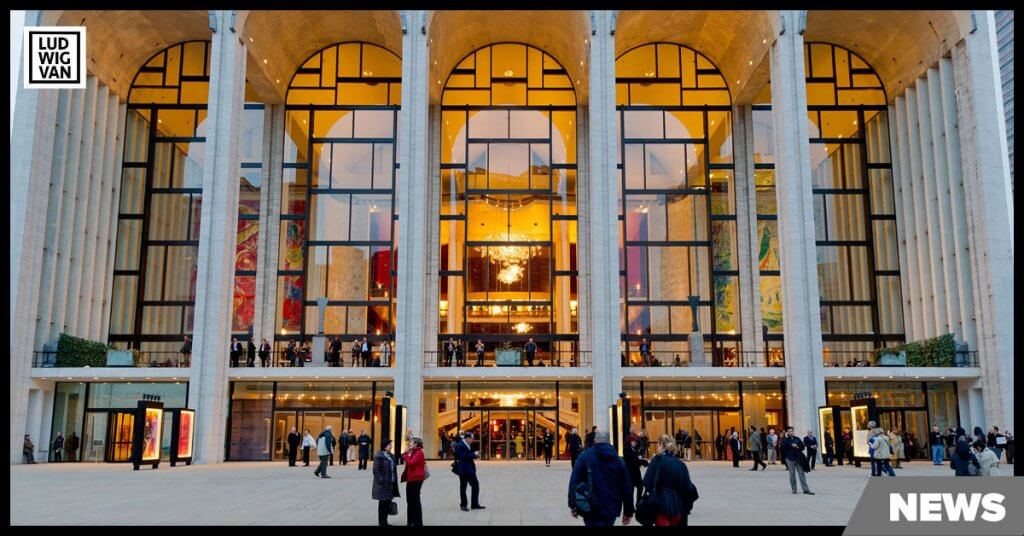