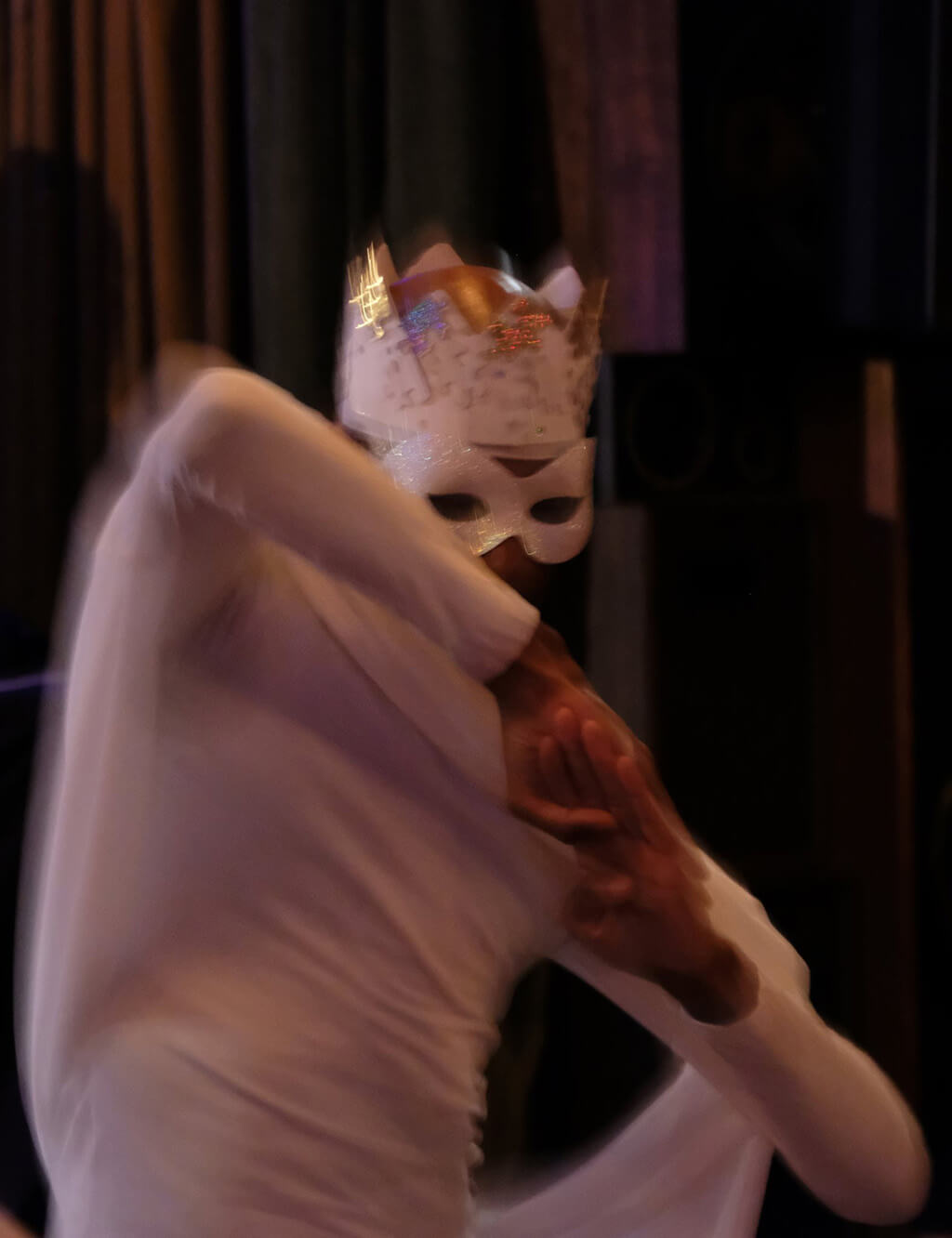 Soundstreams: Electric Messiah 3 at the Drake Underground. Tonight and tomorrow evening at 8 pm.

As the annual Messiah storm engulfs Toronto, we are once again drawn to legacy.  Being one of the best-known of all Classical compositions, Messiah celebrates two centres of the Western tradition: Christianity and Yuletide.  Its score has been subjected to centuries of careful study, countless performance guidelines published by serious scholars, and many abridged and full versions have been made for all kinds of interpretations and audiences.

And this week, Soundstreams presents another rebellion.

Electric Messiah, first curated by Kyle Brenders in 2015, returns for its third year. During its short run (4-6 December 2017), the legacy takes another new turn, and this year we are graced by a team of acoustic musicians, vocalists, a DJ and a dancer, as they flow through the intimate space of the Drake Underground.

As the light dimmed, and the grinding from DJ SlowPitchSound (whose impressive sampling had no boundaries, from hip-hop to classical) perfumed the room, instrumentalists (who are usually stuck in the pit), took centre stage, filled with striking red keyboards (a harpsichord, NordC2D, and a Nord ‘Stage’), pedal boards, an electric guitar and a laptop.  Soon, the familiar Handel melody rose from the middle of the room, as four vocalists came alive, one at a time.

Just as the room warmed up to a relaxed, even languid take on Comfort Ye, the bombardment started:  French text! Hammond Organ Reels! Beats! The subtle initial diversion from prim and proper chamber orchestration quickly evolved into an unpredictable journey in musical styles: singer-songwriter, R&B, Joni Mitchell, electronica and even traditional Irish singing.

The vocalists wove quite a tapestry of styles throughout this short-and-sweet show: in their compressed-yet-exciting preparations, each was invited to freely contribute. The DJ and an instrumental team took these diversions further: particularly striking were sombre improvisations using text from the Gaelic Bible, from Jonathan MacArthur (dressed in red Tartan) and Elizabeth Shepherd’s intimacy, as she began He was despised with heartbreaking vulnerability.

DJ SlowPitchSound, who has been collaborating with Soundstreams for the last seven years, brought his partner-in-crime to this year’s production: Lybido, whose dazzling-white figure grabbed attention from the room whenever he popped through the space. Both of them wore the signature crowns, reminiscent of Basquiat — for a bit, it was no longer about Handel, but perhaps a commentary on street art and the fight of post-punk rebels, just as the story of Messiah is of the rebel Jesus, who ultimately died under the oppression and tyranny of the majority.

Having been constructed from many personal contributions, and tonight being the first night, the show did reveal a bit of a learning curve.  Transitions hesitated slightly, sometimes disturbing the flow, but the biggest challenge — one which may make or break this show, hangs on the live sound mix.

John Gzowski had some beautiful moments on the electric guitar, but it was often too dominating- especially during delicate solos by Adanya Dunn and Justin Welsh (the high and low voices), and the particular combination of just guitar and harpsichord left much yearning for some filler — it is probable that this combo was meant to bring a sparse sparkle, as Christopher Bagan is quite ravishing with the harpsichord glitter, but perhaps a little more generosity from the bass department (as Jeff McLead’s sound  was lovely on the low-to-mid Hammond, and perhaps even some low resonance sampling from DJ SlowPitchSound could’ve been interesting here),  would’ve made it shine even more so.

However, the overall creativeness from Ashlie Corcoran, Rob Kempson, Adam Scime and Oz Weaver is promising, and it feels that the show will get tighter with every performance.  The short segments of humour and social commentary were also enjoyable — especially the pun at the end of He was Despised, which moved the audience to small chuckles: ‘… a man? …amen?!…’

With a good pace and sweet length (just under an hour), stylistic surprises and kinetic explosions, Electric Messiah 3 is certainly a worthwhile exploration, not of Messiah, but from Messiah.  Do get yourself a ticket and a stiff drink and don’t even think about hard church pews and neverending choruses:  Electric Messiah will guide you through what it means to have a play, to have a go.

NOTICE OF CORRECTION AND APOLOGY: A previous version of this review included the phrase “Thug Beats” in the body of the piece as well as in the headline. The term was intended as a nod to the cultural influence of rap music and the iconography connected with it. At the time of publication, we were ignorant that term is highly derogatory, and have since removed it. Ludwig Van is all about supporting our community and the careless use of this term is a learning experience for our editorial team. We apologize not only to our readers but to those associated with the event. We aim to do better.