Claire Chase is a new music pioneer for our time and beyond. Armed with her concert flute, she is breaking down existing perceptions of classical music at all levels — from developing education programs for schoolkids which contextualize all forms of music, to presenting avant-garde performances halfway across the world, to festival co-artistic directorship at Banff Centre for Arts and Creativity (more on that later).

When Musical Toronto reached out to her for this interview, Chase was in the midst of performances in Japan and Europe. Between ensuing engagements with the MacArthur Fellows Program, celebrating her 39th birthday during the week, and co-delivering a Composer-Performer workshop at the Bienen School of Music at Northwestern University, Chase found time to write back to us. She takes us through her artistic philosophy and future plans, touching upon the help she’s received on her journey, one which cuts across the baseball diamond along the way.

In April, Chase was awarded the Avery Fisher Prize in recognition of her contributions to classical music performance. She now shares this honour with Murray Perahia, Richard Stoltzman, the Emerson String Quartet, and Gil Shaham, to name but a selection from the Prize’s star-studded roster. In many ways, her nomination represents a sharp break from the American classical music pantheon, a position which only adds to her sense of purpose. “What we are seeing now is the beginning of a mainstream acknowledgement of what has been happening all along. […] I see [the Avery Fisher Prize] as an award for the work and for the field of change-makers at large; I’m just one little worker-ant among them […] the novelty of new directions has worn off, the new tradition is a consistently evolving art form.”

New music may be her medium, but some of Chase’s inspiration is drawn retrospectively. “Classical music, as I see it, began as far back as 1400 B.C. with the first instance of notated music on clay tablets — the Hurrian songs, which were collectively composed by a group of composers in northern Syria who even then (!) were experimenting with inventive instructions on how to tune the string instruments — and it continues until the present moment.” Chase brings us back to the here and the now: “I don’t mean late 20th or even early 21st century repertories by well-known composers whose work has already withstood the test of time. I mean the living, breathing, brave and searching work of sound-makers and hybrid artists in my generation and younger who are making and shaping new forms, new languages, new practices.”

Musical Toronto surmises that once upon a time, Chase had gotten her start in flute through classical music lessons. “I sure did! And I also got my start, just as importantly, as a student of literature, and as a curious listener of the natural world, of pre-Columbian music, of jazz, of rock music, of improvised music, and on and on.” She supplemented her eclectic musical tastes with acting gigs as well as trips to the ballpark, where she played second baseman in Little League baseball. From on-field play to on-stage performance, “these two passions had a major influence on the way that I think about ‘play.’”

Above her reputation for playing new music, Chase had already been recognized as a visionary for the field — in 2012, she was awarded a MacArthur Fellowship, which came with a grant of $500,000 (USD).

The MacArthur Foundation does not enforce how the funds should be spent by recipients. Some put the amount towards personal expenses, others apply it towards artistic ventures. Post-windfall, Chase continues working to encourage creation through collaboration; if anything, the award has only turned up her passion for serving the musical community: she has given away most of the funds to other arts initiatives, a reinvestment which grants her “more joy than any amount of money could possibly give.”

Density 2036 is a major project of Chase’s which followed her MacArthur win. Ongoing since 2014, she will commission and perform new works to coincide with the 100th anniversary of Edgard Varèse’s Density 21.5 in the year 2036. Chase is also documenting the project at Meyer Sound Labs, where the recording philosophy is to capture the rawness of performance, “warts and wrinkles and all […] In an industry that is obsessed with perfection and post-production, it’s such a refreshing and deliciously confronting environment in which to work.”

For Chase, exhilarating results are born out of extreme vulnerability. “Recording anything without the safety net of post-session editing is harrowing, but it’s a particular dare-ride to do this with music that is brand new. I relish this challenge, though, and I feel like these three records will be the most honest things I’ve ever had the guts to put out there. […] This is both terrifying and liberating. I love it.”

There are other big projects on the horizon. This month, Banff Centre for Arts and Creativity named Chase co-artistic director of their revamped Summer Classical Music programs, alongside Steven Schick. Under their leadership, Banff Centre’s new pedagogical approach aims to bridge traditional and contemporary practices in the arts.

Chase is excited about the collaboration. “Steve has been a musical hero of mine since I heard him play a solo percussion recital in San Diego when I was 14 years old. He blew my mind then, and he continues to blow my mind every time I hear him play. […] We can talk about programming, curation, curriculum until the cows come in, and those conversations are extensions of the creative process that we cultivate in the studio.” New music thrives on healthy change, but the movement needs to extend beyond the score. “One of the things that we are hoping to inspire in all of the participants is the notion of total responsibility for the ecology of our field. If you don’t like something, change it. […] In this program, we will be teaching by doing. And we will be changing the field by creating the field.”

The untold struggle unfolds, as Chase points out, against the public’s wariness for new anything. “But what baffles me about the particular resistance to new music is that the reactionary response is wildly out of step with other artistic disciplines. Can you imagine a literature professor arguing that the publication of new novels by the leading minds of our time threatens […] great works of literature of the past?” But the struggle is subsiding. “I do think, though, that the resistance is thawing field-wide, and that institutions are starting to catch up with the work that has been done and is being done by artists in many different practices. We have to remember that institutions, even very progressive ones like ICE [International Contemporary Ensemble, founded by Chase], don’t create change; people create change. Artists are constantly ahead of the institutions that support them, or deny them support. […] As the late, great Pauline Oliveros said wisely, and a bit cheekily:”

‘I’ve found that the best way to deal with authority is to become one.’

Chase lives in vibrant Brooklyn, a veritable hotbed for various contemporary movements. “I love the parks, the neighborhoods, the public gardens, the museums, the vibrant and pulsating cultural life, the food, and I love the slightly slower pace of things in the boroughs generally. I cross the bridge, usually on my bike, and my stress-o-meter goes down instantly.” The winds of political change have swept into Brooklyn as well: “Since the election, too, my particular neighborhood (Crown Heights) has gotten much more active and close-knit, and we’ve seen an outpouring of new organizations dedicated to resisting the Trump administration’s efforts. On my block alone I’m a member of two different resistance groups, and when I’m home (which hasn’t been much lately, alas!) I organize meet-ups in my apartment to listen in on Sunday nights to MoveOn.Org’s collective action conference calls and to plot our actions, phone calls and protests for the coming week. Political activism — in particular immigrant and LGBTQ rights — was a big part of my adolescence and early adulthood growing up in California, […] I am very much called back to this work at this troubling moment in our country’s history. We need everyone’s participation. We are all responsible for creating the world that we want to live and love and make work in.

Within all this talk of creation and modern music, Chase weaves in old-world fantasies. “I’ve often fantasized about being reborn in the Baroque era — I mean, can you imagine?! Giving world premieres of concerti by Bach, Vivaldi, Telemann… and working collaboratively with some of the unsung heroes and HEROINES of the Baroque era, too, like Barbara Strozzi, who were pushing pushing pushing at the edges of every available form until those edges disappeared, and once those edges disappeared, they found new edges, and they kept pushing, searching, blazing. This is our tradition. It is such an immense privilege.”

Musical Toronto will be at Banff Centre this month to follow Chase at work with the revitalized Summer Classical Music programs. Stay tuned 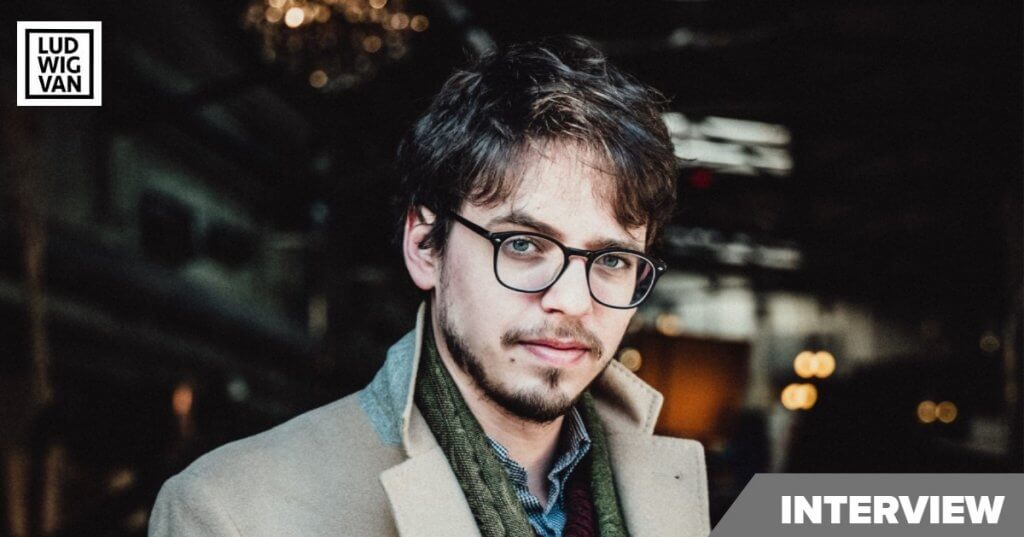 French pianist Lucas Debargue talks to us about his musical evolution and approach, with Show One impresario Svetlana Dvoretsky's perspective on what drew her to him as an artist.
(Continue reading)
Read the full story Comments
Share this article
lv_toronto_banner_high_590x300 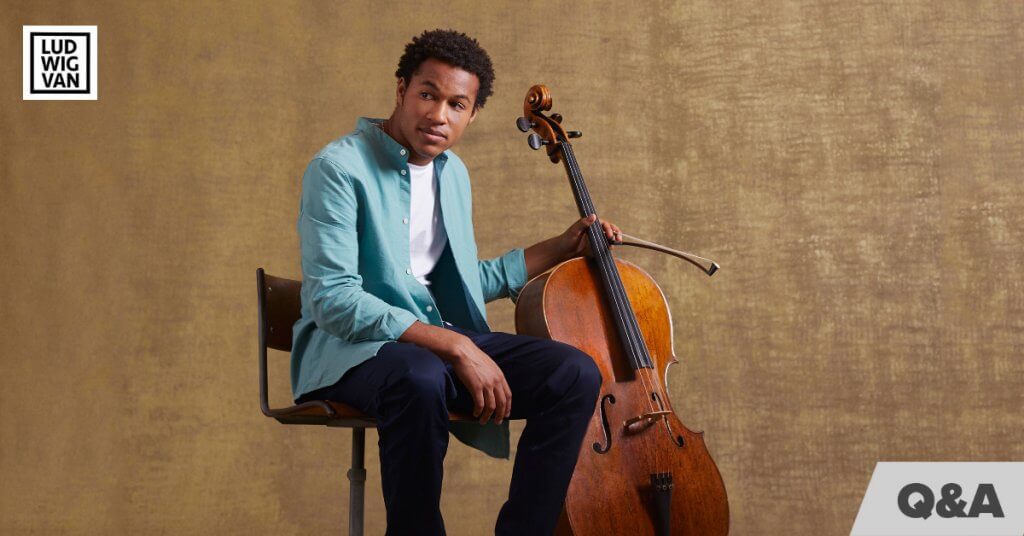 Ludwig Van sits down for a Q&A with classical music sensation Sheku Kanneh-Mason to ask him about his favourite films, albums, and memories.
(Continue reading)
Read the full story Comments
Share this article 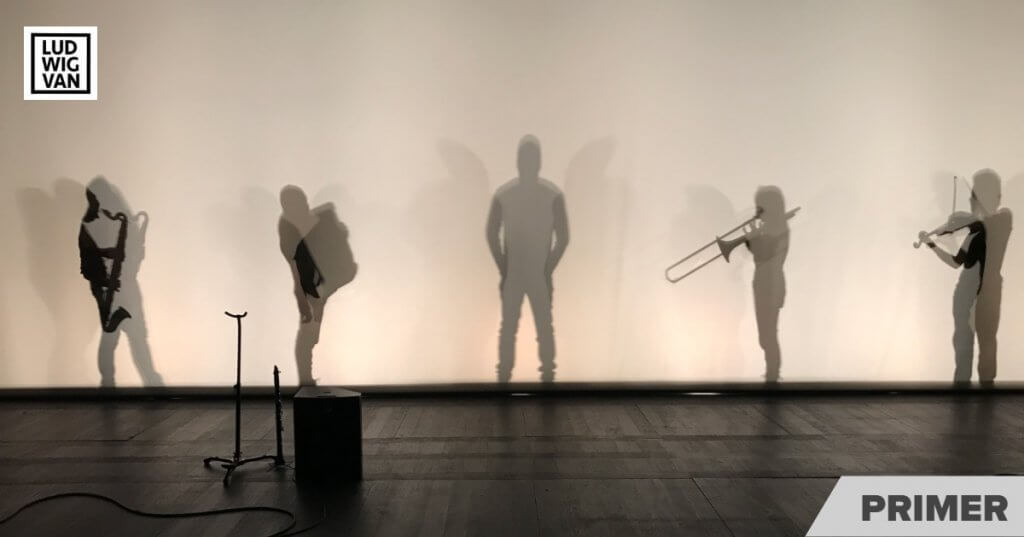