Whenever people talk about Canadian music, it’s almost like there’s this underlying expectation to succinctly identify Canadian musical features, sounds, and lineages. In the video “Introducing TSO’s Canada Mosaic,” Peter Oundjian suggests that “there is a certain thread that sounds Canadian.” Whether this is true or not, there does appear to be a pressure to hold Canadian music to the same historical standards of other countries; we — like other countries — need to identify what Canadian music is. Internationally acclaimed Canadian baritone Russell Braun, though, understands Canada’s relative newness and lack of fixed, readily identifiable musical tradition as a virtue to be celebrated. For Braun, it is precisely this uncertainty that characterizes Canadian music.

Braun is performing with the TSO this Wednesday and Thursday as a featured soloist in Brahms’ Four Preludes and Serious Songs and in Faure’s Requiem. This concert — part of the TSO’s Canada Mosaic series — is aptly titled “Canadian Voices, Global Stage,” as it aims to celebrate the successful international careers of Canadian artists including Russell Braun, soprano Karina Gauvin, and organist Jean-Willy Kunz. I asked Braun how it feels to perform in Canada as someone who often occupies the international stage:

“It’s something I look forward to every single year, if I’m lucky enough […] The Toronto Symphony is the most supportive, and comforting and inspiring place for me to make music with an orchestra. There’s just no other place where I feel so supported.”

Braun’s reputation as an international ambassador to Canada was solidified earlier this month when he was appointed to the Order of Canada. Braun was humble and modest when I asked him about the recognition:

“I was surprised, of course! Because I feel like I’m still so young. Of course, I’m not really, at 52 I’ve been singing professionally for a good 25 [or so] years […] But I still feel young, and the Order of Canada, it’s a tremendous honor.”

This recognition prompted Braun to contemplate his role and place as an artist in Canada:

“[I] think about who receives the Order of Canada who are not artists. People who put their life on the line, create social movements, do social work, and save people’s lives. As a musician, it seems a little tricky to justify receiving this tremendous honour […] We get rewarded in so many ways all the time. We sing and open our mouth and then we get applause and bravos if things go well, and sometimes even if they don’t go well! We get reimbursed for our work […] I’m trying to justify that tremendous honour in my own terms, somehow. It means a lot to me, but it really has sparked a thought process about what I’ve done so far as a musician and, most importantly, it’s making me think about what I can do now […] not in terms of art, but in terms of society.”

“I’ve always been — from the day of my birth — a Canadian citizen. I was born in Germany … my mother tongue is German […] In a sense, when I grew up in Germany, I always had to do extra work do connect with my Canadian heritage. I was also regarded as the ‘Canadian’ with my friends, and I learned to be really proud of that, but I didn’t really know what that meant until I moved to Canada when I was 17. And then slowly, I discovered the heritage of Canadian music. For me, actually, I find it really liberating to make music in Canada […] because we’re not actually weighed down quite as much by tradition in a negative sense.”

I was struck by this notion that strong-rooted tradition could have negative implications on a nation’s musical culture.

“So you understand Canada’s relative newness as a virtue with respect to our musical culture?” I asked.

“I certainly do,” Braun answered. “The teachers that I studied with [at the University of Toronto], they were all immigrants from other counties […] So that all sort of combines into the value of making music here in Canada which on the one hand has these incredible riches of knowledge and of experience, and on the other hand, is liberated because there isn’t such a rigid expectation of what opera is supposed to look like, what music is supposed to sound like.”

Braun articulated his opinion by turning to the TSO’s “Our Shared Anthem” project. This initiative invited twelve notable Canadian vocalists to perform and record O Canada with the TSO in their respective native languages, all of which are spoken in Canada, and all of which contribute to Canada’s mosaic.

“The TSO asked me to sing the Canadian anthem, and I sang it in German. While I was preparing it, there was a singer ahead of me, who sang it in Punjabi. Before he went in […] there was a soprano who had just recorded it in Mandarin. Every time I think about it, I just can’t help but smile. Who could imagine singing the German anthem in any other language but German? It would be alienating, in a sense. But in Canada, it’s such a natural thing […] I felt so proud to be part of that, to be able to sing [O Canada] in German.”

Understanding the contemporary, the new, and the different as productive virtues rather than inaccessible barriers is a new (or alternative, at the very least) way of conceptualizing the relevance — and the state — of Canadian music. Canadian musicians and composers have the unique flexibility to define themselves through music in whatever way they see fit; it will be accepted as Canadian and appreciated as Canadian, no matter what. They’re not striving to a certain standard, or aiming to fill any sort of expectation. Perhaps it’s because these predetermined standards and expectations don’t exist in Canada, and perhaps that’s a good thing for Canadian music.

For more in our ongoing Canada Mosaic series see HERE. 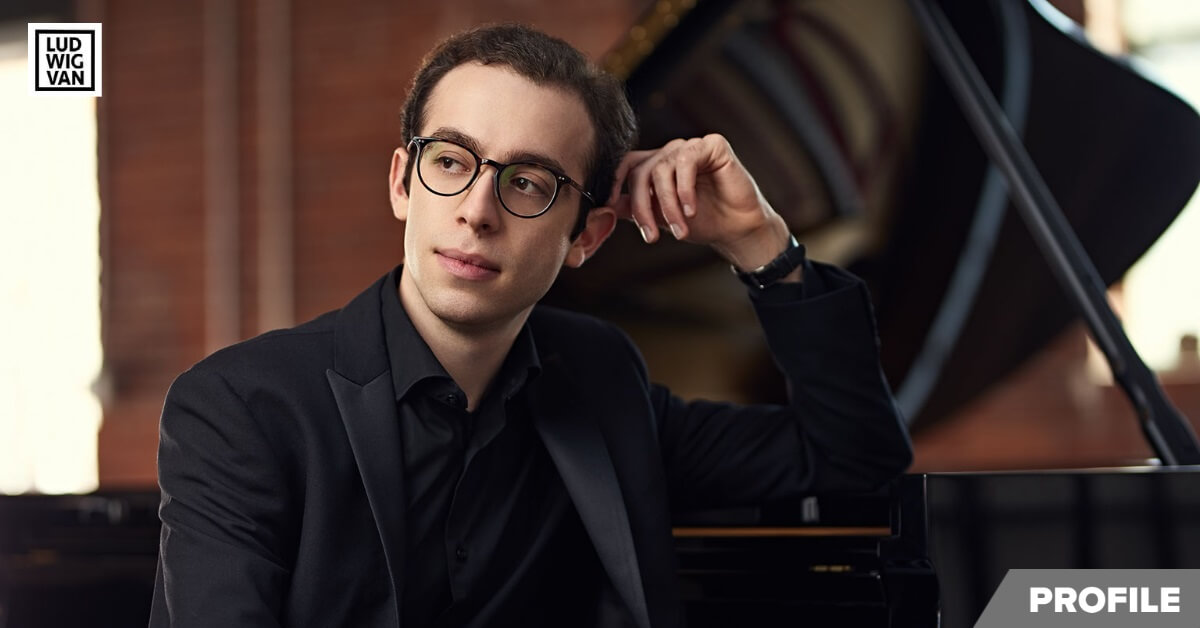 Spend an hour chatting with the brilliant musician Nicolas Namoradze, and it’s abundantly clear this is not your typical pianist.
(Continue reading)
Read the full story Comments
Share this article
lv_toronto_banner_high_590x300 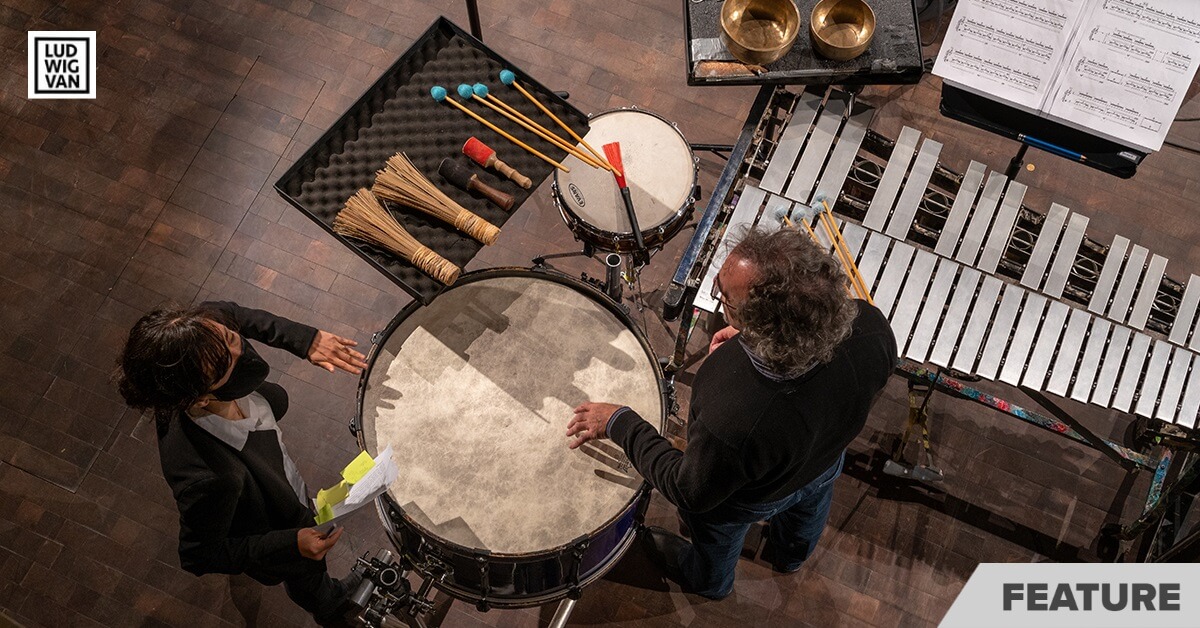 We caught up with Azrieli Music Prize laureates Keiko Devaux and Kelly-Marie Murphy to discuss their experiences in the classical music world, and why they almost didn’t apply.
(Continue reading)
Read the full story Comments
Share this article

Artistic Director Joel Ivany takes us behind Against the Grain’s 'Messiah/Complex' — the surprise hit of the winter season.
(Continue reading)
Read the full story Comments
Share this article
lv_toronto_banner_low_590x300
lv_toronto_ssb_atf_300x300