IN MEMORIAM | Stuart Hamilton, One Of The Great Champions Of Canada’s Opera Community, Dies At Age 87

Anyone hoping that the advent of a new year would give us a break from a string of notable deaths was disappointed as word quickly spread of the death of Canadian opera champion Stuart Hamilton at noon on January 1. He was 87, and had been battling prostate cancer for the past several years.

Hamilton was born in Regina on Sept. 28, 1929. He took to the piano early and showed enough promise to gain a spot in 1948 at what was then called the Toronto Conservatory of Music. Toronto became his home base from that point on.

He shared Glenn Gould’s teacher, Alberto Guerrero, and made an attempt at a professional career as a solo pianist, but his great strength was as a collaborator with singers. It was in this vocation that he established himself at the very centre of Canada’s classical vocal world, becoming a tireless champion of art song and opera.

Hamilton’s affable manner and can-do-it attitude immediately endeared him to practically every singer with whom he worked. Over the course of a six-decade career, he influenced the performance and career choices of hundreds of professional and would-be professional voices.

He regularly accompanied Canada’s two female vocal legends, Maureen Forrester and Lois Marshall. In the early 1970s, he founded Opera In Concert to not only provide a showcase for voices, but to also explore significant but lesser-known works in the repertoire. Hamilton chose the scores and the singers, and would even take on the accompanist’s duties himself. And Hamilton was the first music director of the Canadian Opera Company’s Ensemble of young singers.

When Isabel Bayrakdarian made her Carnegie Hall debut, Hamilton was there to accompany her at the piano.

Hamilton’s easy speech, quick wit, and encyclopedic knowledge of all things opera earned him the job of intermission host on CBC Radio’s Saturday Afternoon at the Opera, starting in 1985. It was a slot he filled urbanely until he retired in 2010. He would also frequently be invited to join the opera-quiz panel at the Metropolitan Opera in New York City.

Over the past 20 years, Hamilton was in demand as a judge, adjudicator, clinician and masterclass teacher. But even at his busiest, he was always available for a chat, to solve a problem, to lend a hand (or a score), or to provide a handy referral. He was tireless in keeping up with Toronto’s vocal scene, regularly showing up at concerts and recitals, often wearing what has become his signature jodhpurs and tall, shiny black boots.

In 2012, Dundurn Press published Hamilton’s memoirs, Opening Windows. It was an engaging, chatty survey of an engaging — and engaged — life. It was a full life enriched by giving so much of himself in order to allow others to shine and thrive.

It is too soon for anyone to have made plans for a public commemoration of his life. But given the sheer number of people whose lives Stuart Hamilton touched, and the depth of affection felt for him, it is probable that there will be a grand memorial event coming sometime soon. 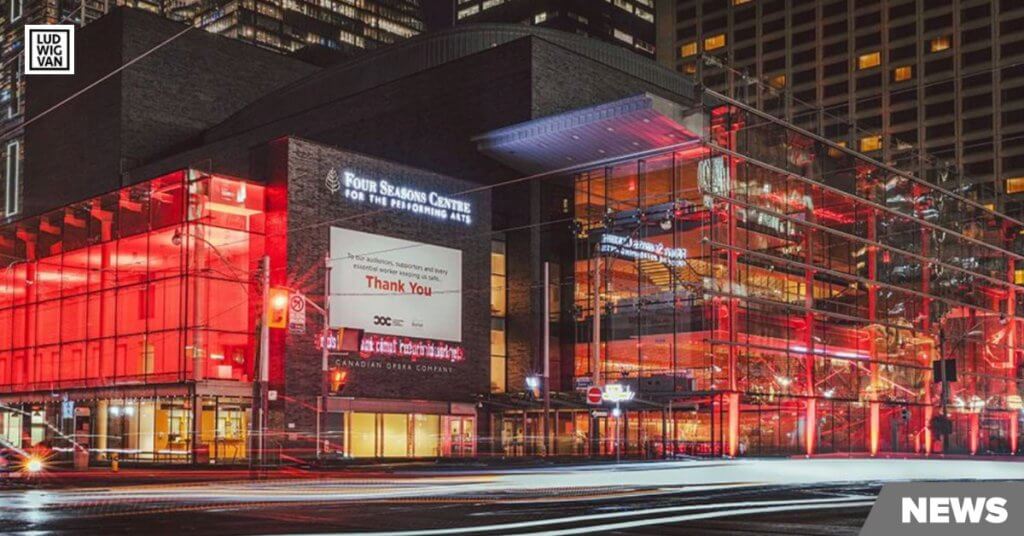 The COC has confirmed that due to the ongoing uncertainty around indoor gatherings, they will be cancelling the rest of the originally planned 2020/2021 season.
(Continue reading)
Read the full story Comments
Share this article
lv_toronto_banner_high_590x300

Classical music and opera events streaming on the web for the week of October 12 – 18.
(Continue reading)
Read the full story Comments
Share this article

Canadian soprano Erin Wall has died at the age of 44. She had been living with cancer since 2018.
(Continue reading)
Read the full story Comments
Share this article
lv_toronto_banner_low_590x300
lv_toronto_ssb_atf_300x300