FEATURE | Discovering The Music Of Toronto's That Choir

Every few minutes the freight trains rattles by. The entire building shakes as conductor Craig Pike tells a story about poop. Huge bellyful laughs fill the room; the best kind of exercise there is for the voice and for the soul. We’re at Tarragon Theatre where That Choir rehearses every Monday. This is their last rehearsal before dress rehearsal and concert on Friday, November 11th, Remembrance Day.

This particular concert is important to the Choir’s annual season — Remembrance Day performances always mark the start of their season. Nine years ago Pike started That Choir with 12 of his friends. Rehearsing repertoire for fun, they presented a concert around Remembrance Day in the Trinity College Chapel at the University of Toronto. Within a year the choir had ballooned to 34 singers. Today, the room has 32 voices, a pianist, and today, two special guests — myself and composer Matthew Emery.

Emery was a surprise; I didn’t expect him to be there.  A BC native, his mentors were Stephen Chatman, Jocelyn Morlock, and Alice Parker. He is 23 years old and currently has 43 commercially available compositions for Choir including over 20 commissions. He’s currently studying a Masters of Music in Composition and serves as composer in residence for the Amabile Choirs (London), That Choir, Central Bucks West Choir (Doylestown, PA, USA) and the Oriana Women’s Choir (Toronto). His success is remarkable.

One of the songs for the concert is Emery’s When the Sun Comes After Rain based on the poetry of Robert Louis Stevenson. Of the poem Emery said he liked that, “its message was very clear.” Pike refers to Emery throughout rehearsal, asking his opinion, gauging his thoughts. Emery’s responses are concise and helpful. He speaks to the choir and guides them with a lift here and asks for a quicker tempo overall. The effects are immediate and pleasing from the ensemble.

In When the Sun Comes After Rain dissonant second intervals feature along the lines. One voicing will be a tone above resolving on the next quarter while the dominant chord is held through longer notes. Emery’s judicious use of dissonance makes the piece interesting to the ear as these little intervals cause the sound to sparkle, or shimmer. Later in the night during another piece Emery asks if the choir can create the sound of a suspended cymbal. I immediately think of the dissonant intervals in creating the sound he wants.

Emery uses one last story to explain the intended feeling for the cadences in When the Sun Comes After Rain. First explaining as though to catch an egg without it breaking, he settles instead on the proper form for a gymnast landing on a trampoline. He bends his knees slightly as he pretends to land. This is what he expects with the cadences to his piece, a soft landing, a resolution to the shimmer of the dissonance.

That Choir is an amateur group, but the same could be said for most choirs in the city. “Amateur” is not the right word to describe the 30 plus people who go on the choral journey. Volunteer or avid might be more appropriate There is an energy and camaraderie in the space. There are playwrights and actors, bankers and students in this choir. It is also by far one of the youngest non-school/university based choirs I’ve ever seen in the city; a remarkable feat. The Choir and Pike actively work to make choral music more approachable for that tricky 25-45 demographic. Pike believes that getting people to the concerts is the first step; that young people are open to the experience — they just need to come. And it seems like they are.

Pike isn’t a conductor by training, but after nine years at the head, he’s amassed the skills to be effective at the helm. He’s a stage actor by profession having appeared in many productions at Buddies in Bad Times and the Shaw Festival to name a few. His passion and understanding of conveying a message comes through when he talks about acting and using that knowledge to enhance choral music where “storytelling and text are at the core.” His approach pushes the choir to think about what they are contributing and how they contribute it as individuals and singers. Pike admits that “I challenge the choir to be vulnerable. They have to be able to do that”.

I’ve seen Craig conduct before but I’ve never seen his face while conducting. He is generous in expression and physicality, often doing the very work he wants and needs from his choir — perhaps even doing too much. A frequent reminder throughout rehearsal is for “eyes”; getting the Choristers out of the music and into the telling of the story. When they do this, the effects are immediate. I notice a lean towards the slower end of tempi throughout rehearsals. Pike notes that it is the challenge of a conductor not to be “indulgent” and being mindful of not providing what he “thinks they want to hear,” but rather being truthful to the music and letting the audience choose how they feel.

Another Canadian composer featured in this performance is Kathleen Allan, a Newfoundlander like Craig. She set music to the poetry of Al Pittman, The Dance of the Mayflies. When Pike first mentions this to me, I was expecting a happy little ditty. Little did I know that the depth and seriousness of this particular song. Allan writes with close intervals in tricky key signatures with 8 part voice splits and syncopated rhythms. Each of these compositional tools accomplishes a particular feat. The syncopated rhythms, for example, contrast against straight lines in the other voices to give the effect of floating. The dissonance expresses yearning, incompleteness, unsettling. And the huge spread of notes across voicings gives us the feeling of expansiveness, depth, and seriousness. It is remarkable writing.

Later in the piece, there are staged entries to the text “Over and over again” maintaining tonal solidarity as the entries roll from voice to voice on energized eighth notes into quarters then triplets. Through parts like this the mechanics of the singing can become so much that intonation suffers. Pike steps away from conducting and lets the choir continue singing. He even turns down the lights. The effect is remarkable, the tuning improves, and the sound just unifies in a very pleasing manner.

At one point during the evening, Pike asks of the Choir what’s going on with the sound of a part that just isn’t working. A chorister responds: “It just sounds odd to me. It just sounds odd.” And it does. Choral music is often a strange construction of individual parts. But when assembled, it can be a transcendent piece of beauty. Pike responds “You need to be confident.” He’s right. Good choristers trust each other and are vulnerable. It’s scary and often odd sounding, but that’s ensemble music for you – something much greater than any one person or line.

That Choir Remembers performs a host of repertoire commemorating the sacrifice of soldiers in conflicts past, present, and future. November 11th, 2016, 8 p.m. Church of the Holy Trinity. Details, here. 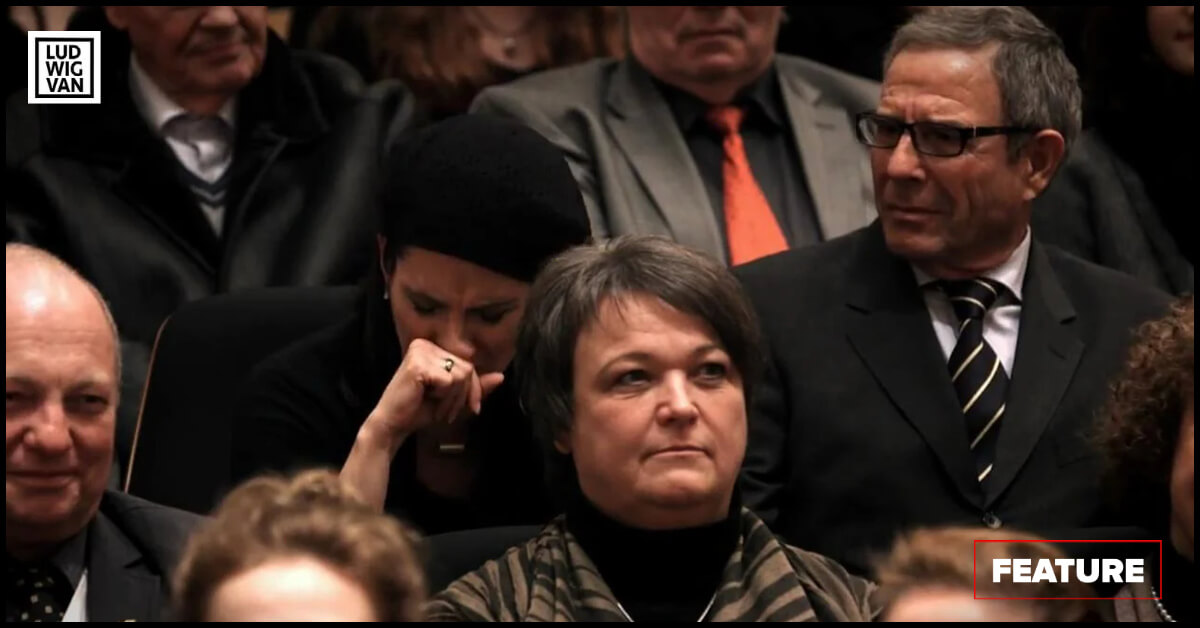 Why do people cough so much during classical music concerts, and can it be stopped?
(Continue reading)
Read the full story Comments
Share this article
lv_toronto_banner_high_590x300 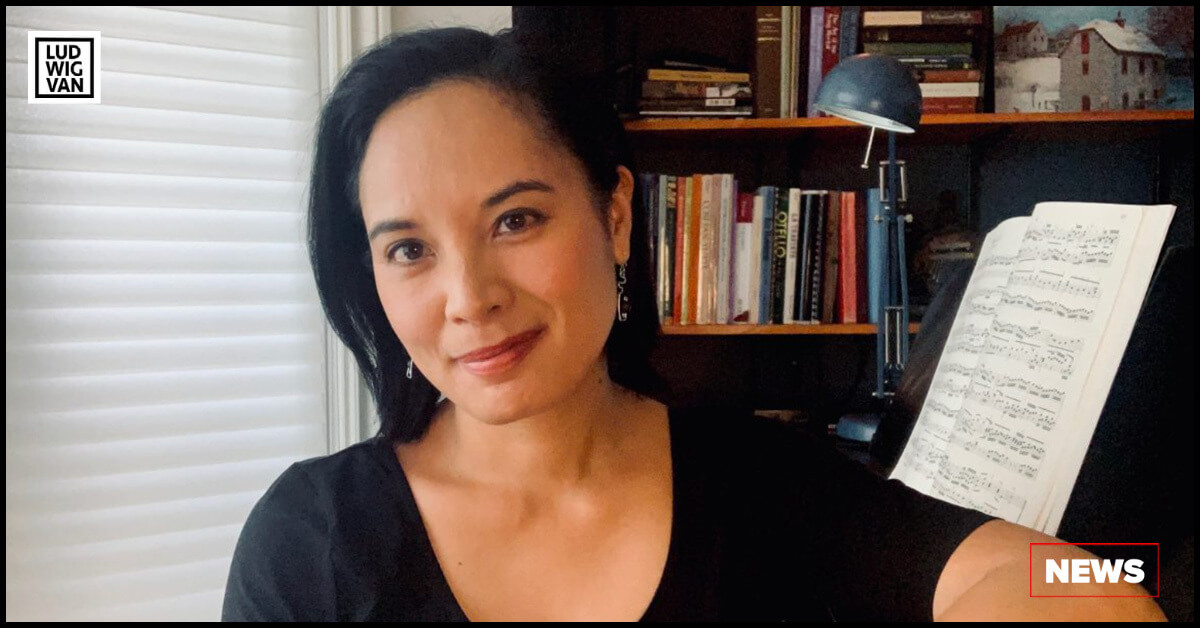