As a composer and arts administrator, Monica Pearce’s accomplishments often match the success of composers twice her age. Along with her composition schedule, Pearce is also executive director of the Music Gallery, an eclectic downtown music venue, as well as artistic director for the Toy Piano Composers, a collective of composers and musicians that Pearce founded with Christopher Thornborrow and Elisha Denburg while still in graduate school.

Compositionally and artistically, Pearce’s music is defined by subtle innovation and often diverts expectations through methods that are more quirky than confrontational: composing chamber music for toy piano, tabla, and bicycle bells, or writing pocket operas for a wandering troupe of bicyclists, to name a few projects. Pearce’s responses to our questions show that writing music can feel like solving riddles or fixing problems, with the best solutions often being unconventional or slow-growing.

I really love sitting with ideas for a little while. Turning them around in my mind like a riddle, exploring possibilities, discovering which challenges I want to tackle. I am often inspired while travelling, and I will usually write long notes about an idea, and come back to it, sometimes much later. Sometimes the ideas hibernate for years because I am not ready for them yet – for instance, I had an idea for a piece with cell phones, music box and electronics back in 2006. I had completely forgotten about it, but then it resurfaced, and I finally wrote in 2014.

After the initial idea, there’s usually a long period of incubation — often this is where I explore a dozen approaches to the concept and either expand on them or crumple them up and throw them in the proverbial wastebasket. But once I start working on the piece, I like to work fast and keep the musical material fresh in my mind. It’s important for me to have that time to incubate because the material quickly takes on a life of its own (especially when text is involved) and I need to make sure I know what I want.

My other hat is in arts administration (currently ED of The Music Gallery), so I balance my composing with a 9-5 desk job. I have to be extremely organised with my creative time because of this, and the conditions that I need to compose. I have to actually schedule my creative work into my calendar and protect it from outside forces which can be tricky!

I primarily write on Saturdays and Sundays — sleep in late, have a huge coffee or two, and get to work at the piano. I break mid-afternoon and either go for a run or a walk. I usually do a second round of composing in the early evening. I sometimes do sessions after work on weekdays, but usually, they are reserved for stuff requiring less stamina like parts or formatting, or program notes.

#3. In classical music, there is the concept of a “canon” of music, which is used by classical music establishments to monitor repertoire and assign a qualitative value to works. How valuable is this “classical canon” to you as a contemporary composer?

The concept of a “canon” feels a bit foreign/jarring to me — I don’t particularly relate to it as a composer. Especially because where I am coming from — or other composers I look up to — neither are really currently represented in any classical canon, that I know of.  For the concept of a “canon” to be useful, it would have to evolve quite a bit from where it is now. But I do ardently believe that a living history of composition is continuing being constructed all around us, and I am especially inspired by the educators I know (Jason Doell, Emilie Lebel, Zorana Sadiq, etc.) who are working to broaden the conversation. 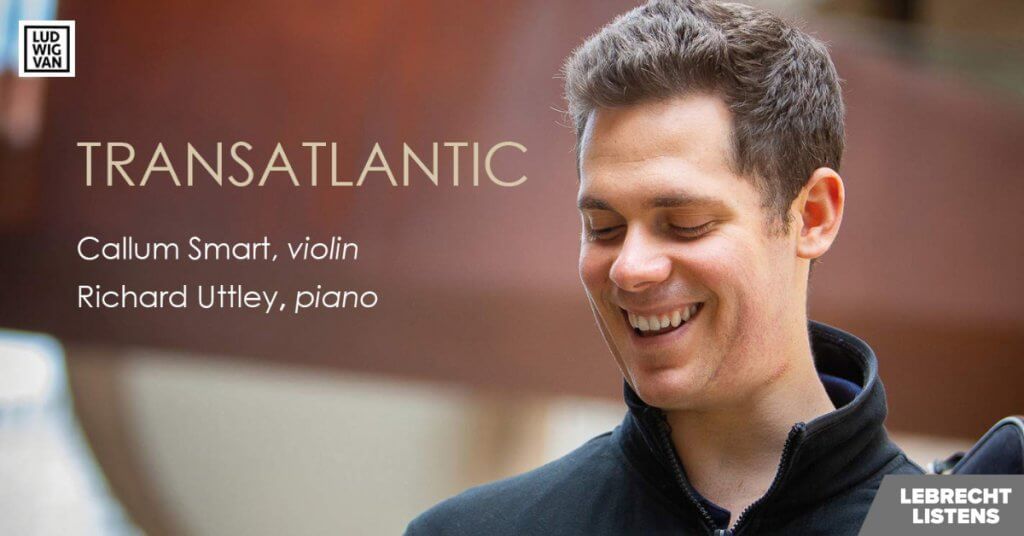 Smart and Uttley find common ground in composers from both sides of the Atlantic for one of the year’s most atmospheric releases.
(Continue reading)
Read the full story Comments
Share this article

Governor General Julie Payette has announced 61 Canadians will be honoured with appointments to the Order of Canada this New Year’s.
(Continue reading)
Read the full story Comments
Share this article
lv_toronto_banner_low_590x300
lv_toronto_ssb_atf_300x300