In mid-March each year, thousands of kids — American and Canadian — head for the beaches of Sarasota, on Florida’s West Coast, for “spring break”. Increasingly, opera-lovers too have made Sarasota a mid-March destination — not for the beaches, but for the acoustically first-rate and pleasingly small (only 1,100 seats) Sarasota Opera House.

Fans of Italy’s greatest composer, Giuseppe Verdi, have known for years that something special was going on there. As evidenced by the enthusiastic international press coverage of Sarasota Opera’s “Verdi Cycle” over almost three decades, opera lovers around the world have come to know Sarasota not only as “Verdi’s American Home”, but also as “a place to experience rarely performed operatic works.” ‘Verdi,’ says music director DeRenzi,  “has been a part of Sarasota Opera’s identity for close to 30 years, and over that time our patrons have experienced Verdi at every stage of his musical life.”

Last weekend, after 28 years of intense work and luminous performance, DeRenzi and his colleagues reached their goal, the closing of the “Verdi Cycle” — production of the last of Verdi’s 33 operas, smaller vocal works, juvenilia; in fact — not fiction — every note he wrote, excepting those in the manuscripts of private collectors unwilling to share their treasures!

From its inception, Sarasota Opera’s Verdi Cycle was unprecedented in scope and determination. It is still difficult to believe that Sarasota is, verifiably, in a class by itself where Verdi’s music is concerned. No other city or opera house anywhere in the world has done what this opera company has done. Kudos to Maestro DeRenzi, whose vision and energy started it all and ensured that quantity was matched by quality every step of the way. Kudos as well to Sarasota Opera’s board members, management, generous donors and artists who brought the vision to life, and to the Sarasota audiences who filled the seats for even the more obscure Verdi operas.

Despite the vastness of the repertoire, the Verdi Cycle presented all of Verdi’s music and staged all his operas pretty much as he had imagined them. Victor DeRenzi is a man who obsesses about getting things right and clearly knows how to get the information he needs to do so; hence, the Sarasota Opera’s intimate association with Verdi scholars from around the world. For the Verdi Cycle, the Sarasota Opera had the cooperation and support of the American Institute for Verdi Studies and the Istituto Nazionale di Studi Verdiani.

Francesco Izzo, co-director of the American Institute for Verdi Studies and General Editor of the critical edition The Works of Giuseppe Verdi, and a team of leading Verdi scholars have labored many years to get Verdi right, correcting wrong notes in the older printed editions based on Verdi’s own scores and sets of parts, and sorting out all the changes made by the composer himself for various performances.

Victor DeRenzi, a great believer in presenting Verdi’s operas as they were performed in the composer’s lifetime, has drawn upon the latest scholarship wherever possible A traditionalist in the best sense of the word, he is not interested in a director’s ‘concept’ of a Verdi opera unless that concept is what the composer himself would have wanted, evidence of which certainly exists in the form of photographs, costumes and contemporary staging manuals. For all that evidence, many of today’s directors and designers insist on ignoring what is right under their noses in favour of their own frequently misguided contemporary notions. DeRenzi has no use for such meddling: “I hate modern productions. These people are killing opera.”

Not so in Sarasota, where DeRenzi consistently hires either his wife Stephanie Sundine or Martha Collins – both of whom are on the same page as he is with respect to Verdi style — to direct his productions.

In this final stretch of The Verdi Cycle — the Grand Finale Week (March 15-20) — we had Verdi’s rarely performed opera La Battaglia di Legnano (1849) and the perennial favourite Aïda (1871). The Sarasota Opera stage is not deep and that limits what the set designer can do. But DeRenzi takes a positive view. This built-in limitation keeps the singers downstage near the orchestra, just as they would have been in Verdi’s time, and thus makes it easier for them to be heard. On the other hand, it made the Triumphal March in Aïda more like the Marx Brothers trying to cram too many people and their luggage into a tiny stateroom in A Night at the Opera.

La Battalgia di Legnano is not a great opera. The choruses are too short to really get up a head of steam and the arias and ensembles are too brief to provide much depth of character portrayal, and one doesn’t leave the theatre whistling the tunes. The far greater composer of Rigoletto, Don Carlo, Otello and Falstaff was yet to come.

But make no mistake about it; this was no fault of the performers. Todd Thomas as Rolando had some touching moments as he bid farewell to his son and Martin Nusspaumer as his friend/rival Arrigo was commanding in his role. The chorus made up of apprentices and studio artists, prepared by Roger Bingaman, was superb in both La Battaglia di Legnano and in Aïda.

Another outstanding feature of Sarasota Opera productions is the work of resident costume designer Howard Tsvi Kaplan. This man designs virtually all the costumes used by the company and they are remarkable for their apparent authenticity and detail. No wonder Mr Kaplan’s costumes are in constant demand for rental by other U.S. opera companies.

Sarasota Opera cannot afford superstars in its casting, but Leann Sandel-Pantaleo as Amneris in Aïda certainly came close to deserving that title. Her voice was rich and powerful and her acting brought tremendous intensity to the performance.

In the winter months, the city of Sarasota abounds in cultural activities with excellent live theatre, ballet and a fine orchestra. In fact, the local musicians are so busy that Sarasota Opera has to import its players from around the country. More than 80 professional musicians are brought to Sarasota each season to form the opera orchestra. In this final week of the season they were playing day and night, contributing mightily to the success of the opera and concert performances.

In his early years, as he was learning his craft, Verdi wrote a lot of music that is seldom played today. For the sake of completeness, one must assume, Sarasota Opera put together an evening called The Young Verdi. While this was indubitably a concert of unusual interest for music historians and Verdi aficionados, even Victor DeRenzi’s passion and commitment was not enough to make these mostly trivial pieces memorable. Verdi himself was contemptuous of his early compositional efforts, destroyed most of them and refused to allow the rest of them to be published. The Sarasota Opera Orchestra played a Sinfonia in C major that was good fun, although some would argue that Rossini had already developed similar material much better, and many times over.

Another feature of the Grand Finale Week was a Verdi Conference featuring the aforementioned Francesco Izzo, along with other eminent Verdi scholars. Although there were few revelations, it was impressive to see so many luminaries flocking to Sarasota to celebrate the life and music of Italy’s greatest composer.

Among the most interesting lectures was “Ornamenting Verdi Arias: Recitatives and Cabaletta Repeats,” given by David Lawton, a professor at Stoney Brook University (New York) and the editor of several works in the Verdi critical edition. Professor Lawton demonstrated in detail how various singers added ornamentation to Verdi’s printed score. What made the demonstration important was that all the singers had been active in Verdi’s lifetime and their work was preserved on very early acoustical recordings. In every case, the ornamentation was very judiciously applied, offering a valuable lesson for future singers tempted to overdo it.

On the last evening of performances, we had an unforgettable concert titled The Verdi Cycle Grand Finale. In part a celebration of Verdi’s greatest hits such as the Rigoletto Quartet, the “Anvil Chorus” from Il Trovatore, and the Act I “Brindisi” from Otello, it also provided an opportunity for the audience to hear some of the alternative versions not heard earlier in the cycle, including Act I Scene and Duet from the Genoa production of Oberto which, we were told by Victor DeRenzi, existed only in manuscript and had not been heard “since the early 1840s.”

This was, by any standard, an unusually moving concert, both for the performers who had given their all for Verdi over 28 years and had now had reached the end of their musical journey, and for the audience, many of whom had contributed in so many ways to the success of the project.

Many fine singers took part in this Verdi Cycle Grand Finale concert, and several were simply outstanding. Baritone Sean Anderson showed consummate artistry in four excerpts: the duet from Attila with bass Young Bok Kim, the Act III duet from La Forza del Destino with Michael Robert Hendrick — incredibly heartfelt performances from both singers — the “Drinking Song” from Otello, and one of the encore pieces, the final fugue from Falstaff. Soprano Jennifer Townshend was also excellent, especially in the Rigoletto Quartet. This quartet is certainly one of Verdi’s most sublime creations, musically, dramatically and emotionally and this performance was right up there with the best I have ever heard. Tenor Matthew Vickers was listed as a Studio Artist in the company but he led off the Rigoletto Quartet with authority and rode the climaxes with both passion and beauty of sound. I suspect Mr. Vickers will have a great future.

Finally came Verdi’s second last work, written at the age of 83, the Te Deum for chorus and orchestra. Once again, the chorus rose to the occasion with extraordinary precision and power, as always in their operatic and concert appearances during the cycle, singing from memory.

No Verdi next season — “Verdi is going on a cruise,” the Maestro likes to say — but instead, operas by Donizetti, Montemezzi, Poulenc and Puccini. Not to worry: Sarasota Opera has Verdi in its DNA, and Victor DeRenzi is working on a 10-year contract renewal that will keep him at this very special podium until 2024 at least. Verdi will return to Sarasota and judging by The Verdi Cycle Grand Finale Week, it will be well worth the wait. 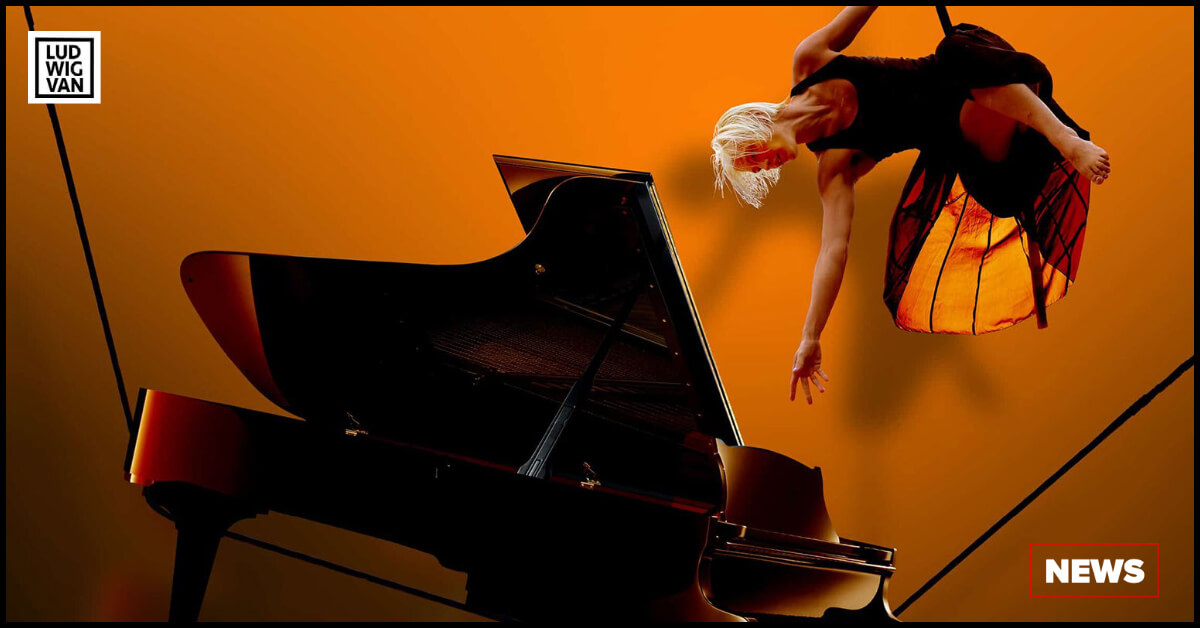 Tapestry Opera has released details on what may be the zaniest new opera of the season, Gould's Wall.
(Continue reading)
Read the full story Comments
Share this article
lv_toronto_banner_high_590x300 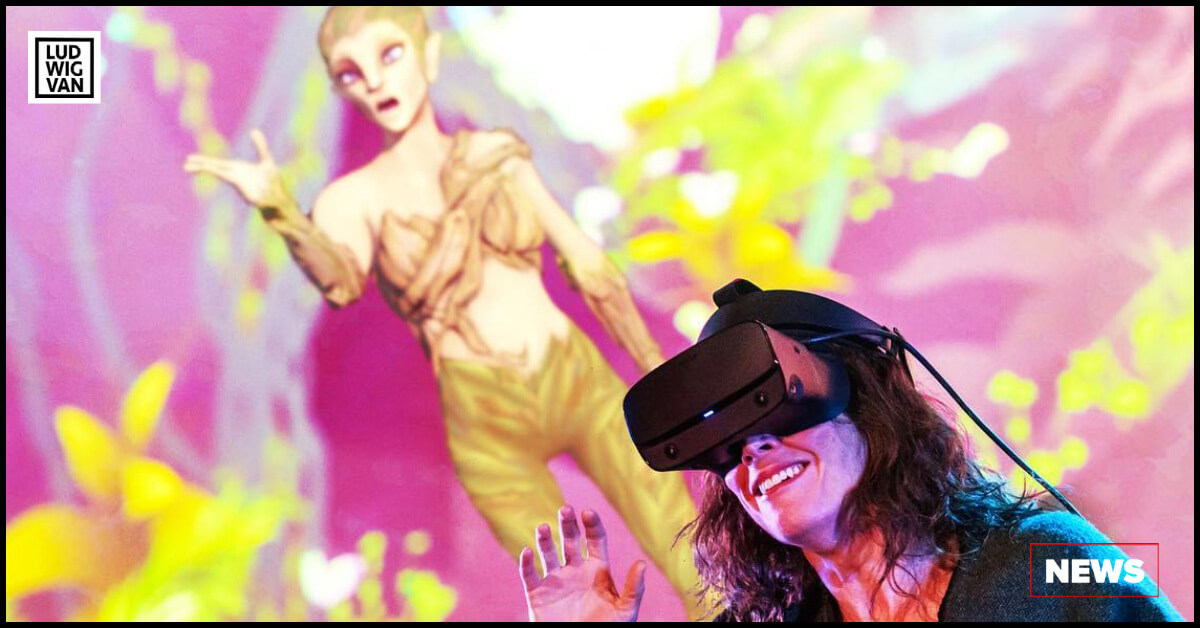 What happens when you put opera artists, indie gamers, and tech experts together for four days?
(Continue reading)
Read the full story Comments
Share this article