On Friday night I managed to attend three drastically different Toronto performances of Handel’s Messiah. On the menu was Tafelmusik’s historically-informed Messiah, Against the Grain’s staged Messiah, and the Toronto Symphony Orchestra’s “Mega” Messiah.

In the process of our Messiah Crawl, I was reminded of just how healthy the classical music ecosystem is in our city.

Now, this isn’t a review of any of the three Messiahs. I only saw one part (or less) of each, and the critics have already spoken elsewhere on Musical Toronto (Soundstreams, TSO/Tafelmusik, Against the Grain). Also, in the spirit of full disclosure, I should tell you that I am employed by the TSO. Glad we could get this out-of-the-way.

The goal of the night was to celebrate differences between the three productions. And there were many.

Thanks to an earlier start time, we began at Koerner Hall where Tafelmusik put on its annual display of the work in its purest form. It was refreshing in its directness. This was simply spectacular music that was well sung, well played and exceptionally shaped by Ivars Taurins. When “His yoke was easy” came to an end, the six of us piled into an SUV and headed south to the Harbourfront Centre for something completely different.

Against the Grain Theatre, led by Canada’s hottest young director Joel Ivany, added motion to Messiah with a reprise of its 2013 production. The young singers, all in barefoot, sang from memory that heightened the drama by removing barriers between performer and audience. Stark stage design, contemporary lighting, choreographed motion, and the orchestra in a pit added an edge to the beloved oratorio. This was a hip, exposed-brick Messiah.

Before you could say (or sing) “How beautiful are the feet,” it was off to Roy Thomson Hall for what’s been dubbed “Toronto’s biggest Messiah” with Sir Andrew Davis and the TSO.

With impossibly perfect timing, we arrived and found our seats just as the audience was standing for the “Hallelujah Chorus.” The TSO was performing Sir Andrew Davis’s cheeky and grand reorchestration for an expanded orchestra and humongous chorus. We heard sleigh bells and cymbal crashes, and that was just in the first few minutes. Several chuckles sounded in the hall when longtime Messiah-goers picked up on Davis’s wit with each subtle (and not so subtle) tweak. But there were poignant moments too, like hearing “I know that my Redeemer liveth” accompanied by string quartet and clarinet.

The three performances couldn’t be more different, and the big takeaway here: Torontonians are so lucky to live in a city that can offer three strong and complementary productions.

It’s a crowded marketplace for performing organizations in this city and what we see here are three institutions with strong identities presenting pieces that reflect what they do best. And that’s essential. According to my rough calculations, there were over 21,000 Messiah tickets to sell between the three organizations. Hallelujah!

Looking around at the audiences, there was little difference in demographics between the three venues. One constant was families with young children. While I applaud enthusiastic parents and grandparents bringing the little ones along, I just hope this isn’t their only concert experience this year. I wouldn’t want a youngster growing up thinking that every classical concert experience is the same as a three-hour oratorio.

It’s fair to say that this is the most fun I’ve had at a concert in a long time. Along the way, other millennials were asking about #MessiahCrawl and how they could join in next year. By midnight, our humble hashtag was trending across Toronto, and it contained debate about orchestrations and coloratura, along with a healthy handful of selfies. Perhaps arts organizations could explore experiential concert events like this to engage millennial audiences looking for something fresh. Interdisciplinary collaboration between organizations could make this interesting.

Messiah Crawl began as a nerdy night out with friends but quickly turned into a closer look at Toronto’s classical music ecosystem. The variety between the three productions shows the incredible amount of creativity and skill in this city.

But as fulfilling as it was, let’s agree to take 12 months off before hearing Messiah again.

Musical cryptography is the use of music to encode messages. In its simplest form, the letters A through G can be used to spell out words or codes.
(Continue reading)
Read the full story Comments
Share this article
lv_toronto_banner_high_590x300 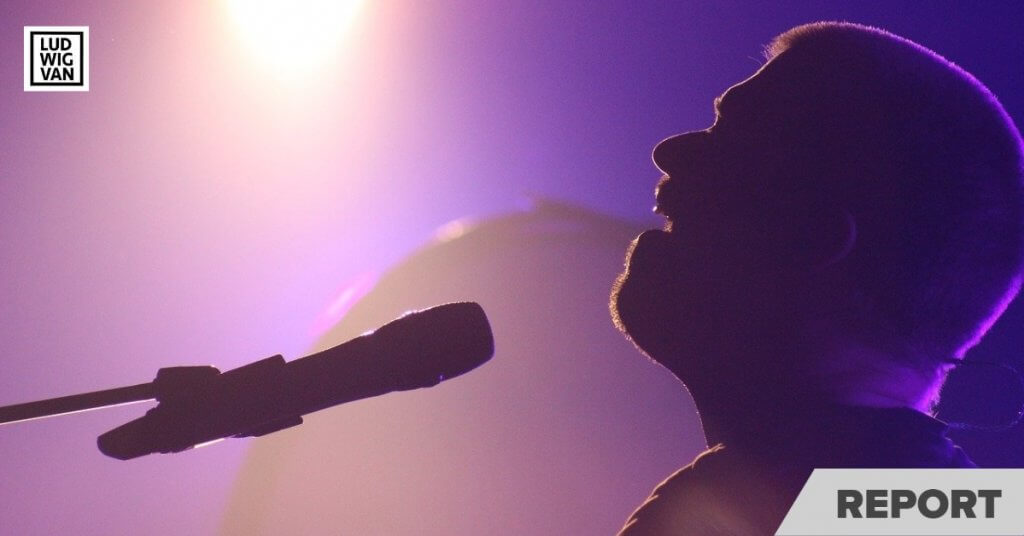 Albums are falling by the wayside as the "song economy" takes over the music industry — but where does it leave classical music lovers?
(Continue reading)
Read the full story Comments
Share this article

We met director François Girard in New York, to talk about the Met Opera's production of Wagner's Die Fliegende Holländer and the comparisons between film and opera.
(Continue reading)
Read the full story Comments
Share this article
lv_toronto_banner_low_590x300
lv_toronto_ssb_atf_300x300