CRITIC’S PICKS | Seven Musical Outings You Should Do This Week

The third week of December is traditionally one of the heavy-duty  Messiah  presentations in Toronto. Perhaps it reflects my personal bias, top on my list is the one by the Toronto Symphony Orchestra at Roy Thomson Hall, with a stellar quartet of soprano Erin Wall, mezzo Elizabeth DeShong, tenor Andrew Staples and bass-baritone John Relyea. Three of the four are well known to Toronto opera audiences. Wall (Clemence in L’amour de loin; Antonia in Les contes d’Hoffmann) is a resident of the GTA, and she’ll sing the Contessa in Le nozze di Figaro at the Canadian Opera Company next month. DeShong (Angelina in La cenerentola, Suzuki in Madama Butterfly, Hermia in A Midsummer Night’s Dream) sings Calbo in Maometto secondo with the COC in May. John Relyea is, of course, the son of the great Canadian bass Gary Relyea. He was last heard at the COC in the title role of Bluebeard’s Castle last May. Only British tenor Andrew Staples is new to Toronto audiences. Conductor Laureate Sir Andrew Davis returns to put his unique stamp on this Handel masterpiece. To my knowledge, this Messiah is presented uncut, and it’s not-to-be-missed. Five performances on Dec. 15, 16, 18, 19, 20. Joining them will be the Canadian national treasure, the Toronto Mendelssohn Choir. Details.

If you prefer your Messiah more intimate, the best choice is the one by Tafelmusik with their equally fine yet contrasting vision. Many music lovers prefer the Tafelmusik Baroque Orchestra’s version of Messiah with its chamber orchestra on period instruments, the reduced choral forces of the Tafelmusik Chamber Choir and a quartet of soloists who are usually Baroque specialists. This gives their presentation a different flavour. This year the soloists are soprano Joanne Lunn, mezzo Mary Ellen Nesi, tenor Rufus Muller and baritone Nathaniel Watson. Ivars Taurins is at the helm as usual. In years past, the Tafelmusik Messiah was given at their traditional home of Trinity St. Paul Centre with its special ambience. But with the increasing demand for tickets in recent years, this show has now been relocated to the more comfortable and acoustically friendly Koerner Hall. Even though it’s bigger, the seating capacity is still less than half of the nearly 2,500 seats of Roy Thomson Hall. Details here.

For those with an affinity for the avant-garde, an excellent choice is the re-imagining of Messiah by the stage director Joel Ivany and his Against the Grain Theatre.  This company is known for pushing the envelope, so to speak. Their cutting edge, semi-staged version two years ago at the Opera House, a small venue east of downtown Toronto was quite an experience.  I recall vividly that on the opening night, a snowstorm that hit was nearly as memorable as the performance itself! This time around, AtG is partnered with the Corporation of Roy Thomson Hall and Massey Hall in a run of four performances (Dec. 16, 17, 18 at 8 pm, and Dec. 19 at 2 pm) at the more accessible Harbourfront Centre Theatre.  It is essentially a re-mount, but choreographer Jennifer Nichols has created new movements for the performance. Singers are soprano Miriam Khalil, mezzo Andrea Ludwig, tenor Owen McCausland, and bass-baritone Stephen Hegedus. There’s also an 18-member orchestra and a 16-member chorus, all under the direction of Topher Mokrzewski.  Here’s a preview of the show. More details here.

If you are looking for some non-Holiday programming, a very good choice is the recital by the fine Ukrainian Canadian pianist/composer Dmitri Levkovich. On the program are works by Chopin, Rachmaninoff, Liszt, Schubert, and Mozart. Performance at the Heliconian Hall in Yorkville on Wednesday, Dec. 16th 8 pm. You can find plenty of audio and video clips of Mr. Levkovicho on his website.

An annual institution at this time is the Sing-Along Messiah for those keen to exercise their vocal cords. It’s the same soloists and orchestra and choir as the regular Tafelmusik Messiah, but you get to sing along! Here is a PDF of the full program.  You can also find out more about the show from the modern-day Herr George Frideric, the alter-ego of Tafelmusik conductor Ivars Taurins via Youtube. I saw this once many moons ago, and I can say that it’s something that everyone should go to at least once in a lifetime. Joining 2,700 other souls in the Hallelujah Chorus is a thrilling experience. This show at the venerable old lady of concert venues,

I saw this once many moons ago, and I can say that it’s something that everyone should go to at least once in a lifetime. Joining 2,700 other souls in the Hallelujah Chorus is a thrilling experience. This show at the venerable old lady of concert venues, Massey Hall, sells out every year, so don’t be tardy and get your tickets as soon as possible. Details here. 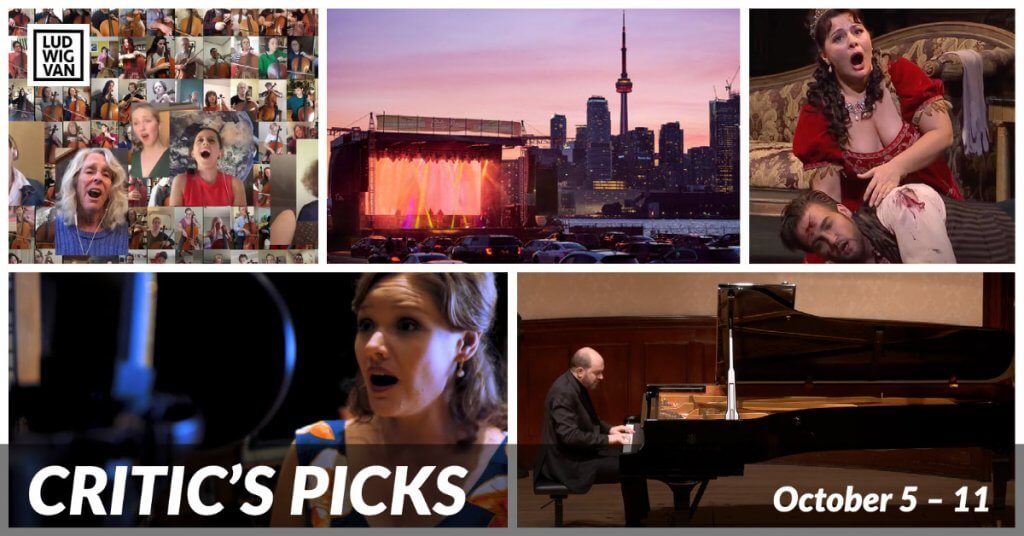 Classical music and opera events streaming on the web for the week of October 5 – 11.
(Continue reading)
Read the full story Comments
Share this article
lv_toronto_banner_high_590x300 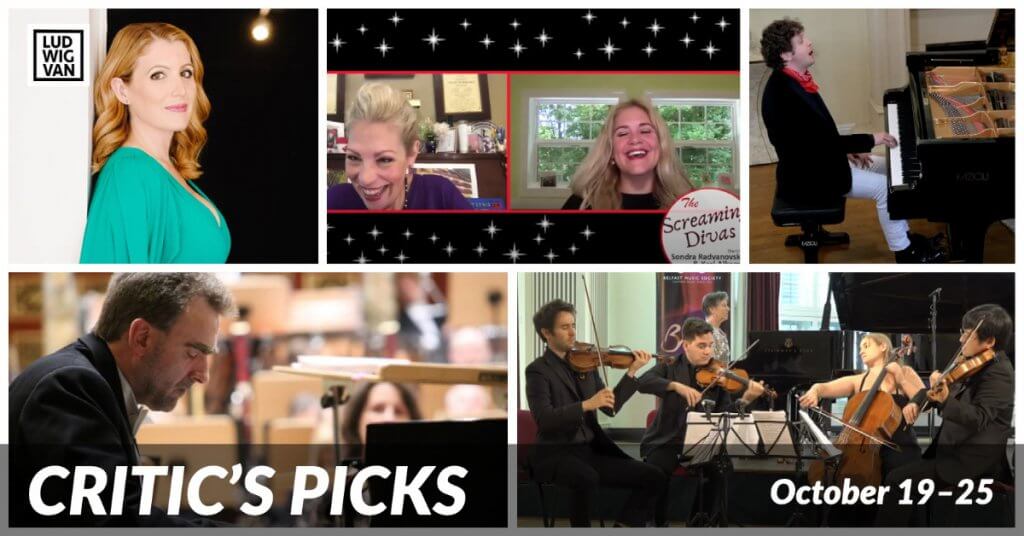 Classical music and opera events streaming on the web for the week of October 19 – 25.
(Continue reading)
Read the full story Comments
Share this article 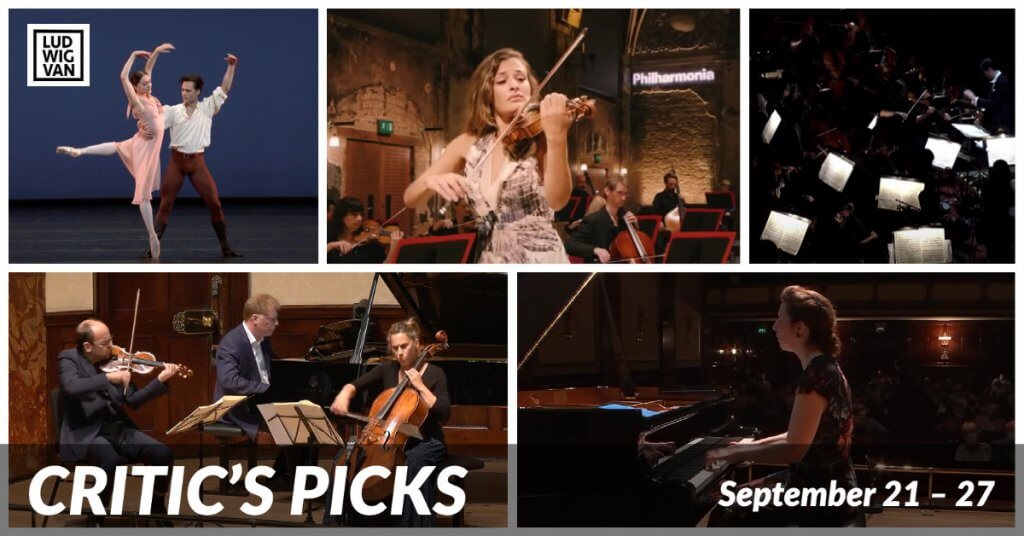 Classical music and opera events streaming on the web for the week of September 21 – 27.
(Continue reading)
Read the full story Comments
Share this article
lv_toronto_banner_low_590x300
lv_toronto_ssb_atf_300x300