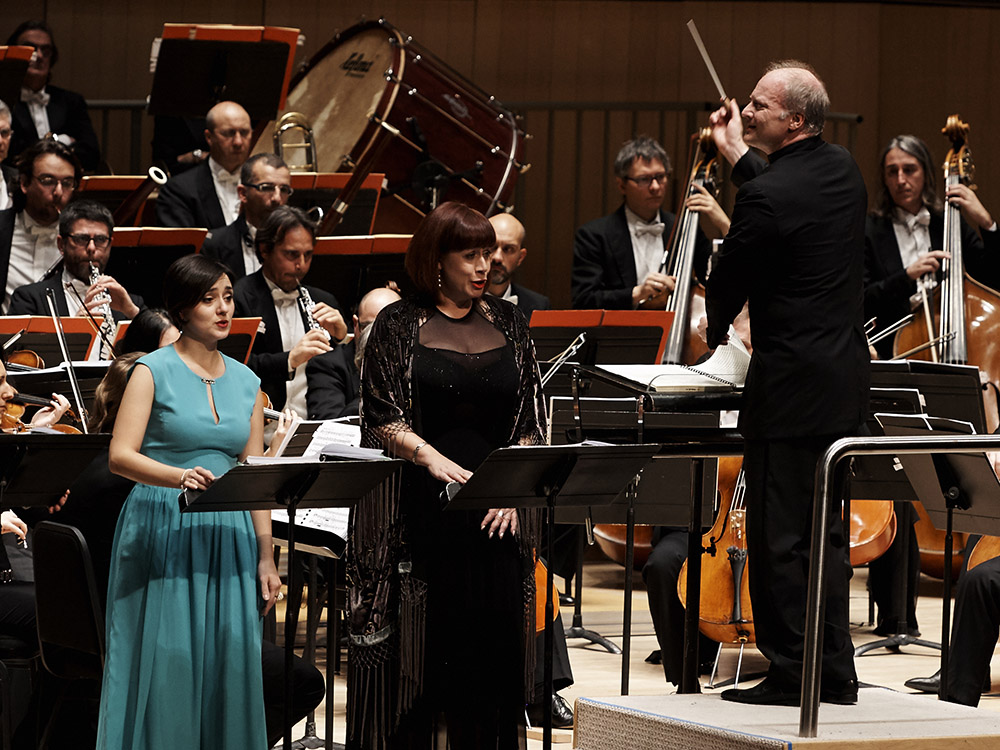 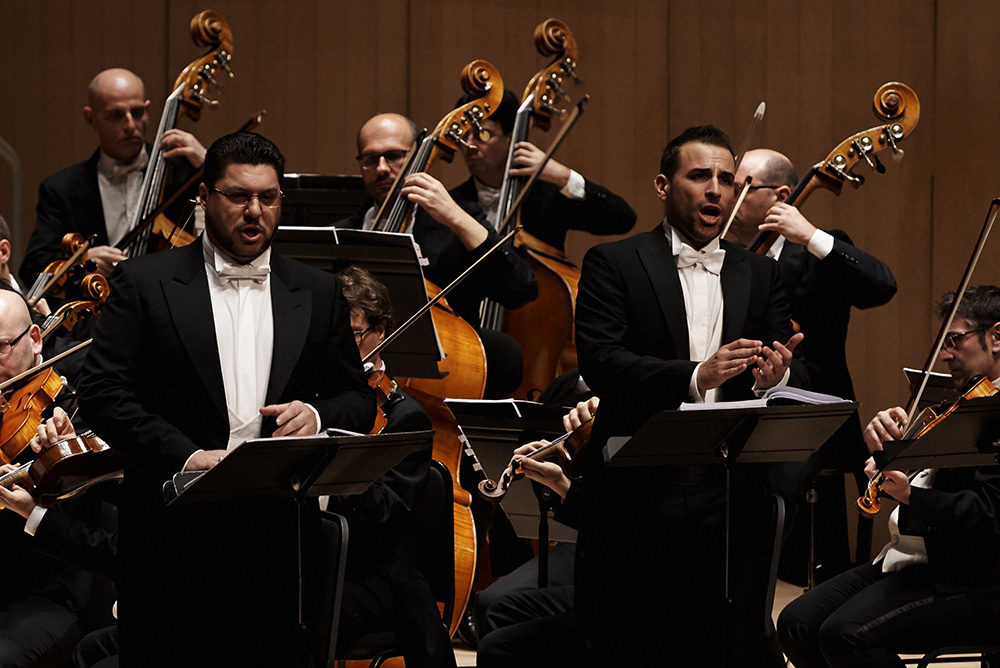 How do you bring a 188-member orchestra and chorus, their equipment and a dozen soloists from Italy to North America? You buy a ship, crew it, and like the Ark, stock two of every musician. Half will be eaten on the journey. Though historical precedents suggest it may be unsustainable, such extravagance was worth it. To the families of the eaten: we salute you. William Tell was a triumph.

Touring with most of the original cast, the production opened in Torino this past May. The Teatro Regio Torino Orchestra and Chorus were boldly conducted by the tireless Gianandrea Noseda. His gymnastics leaped between a trembling sprinter’s crouch and a flinging marionette spasm. Over four hours, one might assume several super-hydrated Nosedas were waiting in the wings, ready to be swapped like Ferrari tires.

Despite an endless variety of opportunities for disaster and with so many parts, and the insane schedule (Chicago, Toronto, New York, Ann Arbor), the production has almost no weaknesses. The Chorus was sumptuous. The cast, large and redolent with talent. The Orchestra was vibrant with brass textures from chaste to martial – so important for this opera.

William Tell is a Swiss nationalist epic about the revolt against Austrian oppressors, but the first field of battle is the heart of Arnoldo, who is in love with Matilde, an Austrian noblewoman he rescued. Arnoldo is radicalized and joins the nationalist terrorists after the Austrians kill his father—with the cruel spectacle of William Tell’s famous trial by archery, this will spark the uprising.

The tenor part of Arnoldo is daunting, but Enea Scala showed no fear and astonishingly little wear; his voice sits on your ears like a slice of melting truffle, and he found an edge for the violent stuff. It was a surprise to realize Angela Meade (Matilde) can change the character of her terrific vocal power so quickly, like watching a battleship turn into a sparrow. The Swiss don’t need weapons, they just need her. Baritone Luca Salsi was a supple foundation stone as William Tell; Bass Fabrizio Beggi was regal as Melcthal. Soprano Marina Bucciarelli has one of the most perfectly boyish voices I’ve heard and she was exquisite as Jemmy Tell.

Concert stagings inevitably confuse some things—Jemmy’s victory in an archery competition disappears and the following choral praise seems like a non-sequitur if you don’t know the story—but they could have made more effort to tell who Tell was, at least, with a cast this large. A supertitle introduction as characters appeared would have done the job easily.

Chorus master Claudio Genoglio glowered elegantly at the audience from the choir loft wing. Once or twice he rotated his wrist to summon the chorus to their feet, but otherwise I did not see him move. Perhaps his tuxedoed presence was reassuring to the chorus; perhaps he was there to remind them who has their passports.

And so the hours shot past despite roaring ovations after every number, and it was hard not to wonder how something so fine and so rare can survive. William Tell seemed to be of a better time. A time when ambition lived with means and great things happened every other weekend.

This bewildering spectacle repeats at Carnegie Hall Sunday, and in Ann Arbor on Tuesday, December 9th. 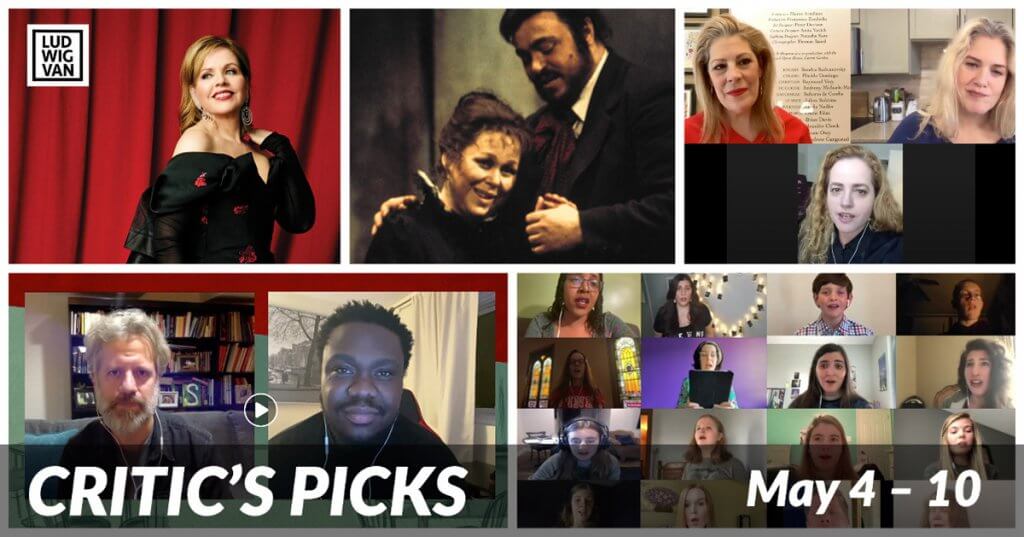 Classical music and opera events streaming on the web for the week of May 4 – 10.
(Continue reading)
Read the full story Comments
Share this article
lv_toronto_banner_high_590x300

Formed by an original idea and a lot of unfamiliar sounds to tweak the ear, there, are 27 tracks on this album and not one of them is dull.
(Continue reading)
Read the full story Comments
Share this article 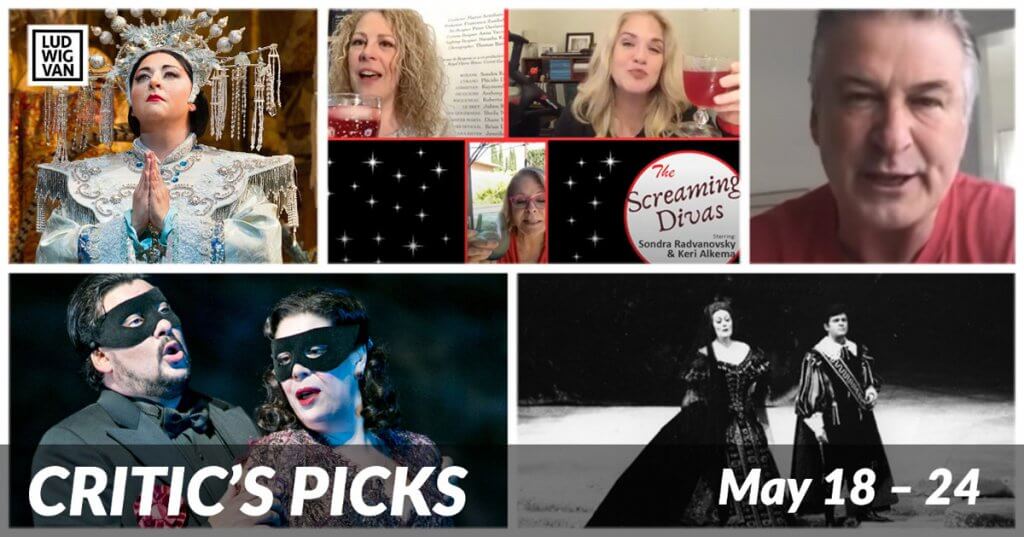 Classical music and opera events streaming on the web for the week of May 18 – 24.
(Continue reading)
Read the full story Comments
Share this article
lv_toronto_banner_low_590x300
lv_toronto_ssb_atf_300x300