“Live Music is Best.” That is the motto of the musicians’ union, and it could well be the motto of Tanya Tagaq as well. No amount of familiarity with Tagaq’s recordings and videos can prepare one for the impact of witnessing her in live performance.

One of the most striking traits of her artistry as a performer – her earthy, unashamed, irresistible sensuousness – is given its fullest expression as she reacts to and interacts with her audience. Similarly, the true nature of her greatness as a musician – her gift for spontaneous, unpredictable, unrehearsed, and completely in-the-moment improvisation – can really only be expressed in live performance. The way that she makes music cannot be constrained by the limits of a CD track or the repeatability of a music video.

On Thursday evening in The Great Hall, she politely but firmly asked the audience to put away their cell phones and other recording devices, to share the intimacy of her live performance in the knowledge that what we were about to experience was unique to that time and place, and would not, should not, could not, be shared with others.

There are things that Tagaq does in live performance that, taken out of context and witnessed by those not physically present in the space with her, might seem odd, or at times deeply shocking. In the context of her 70-minute-long improvisation, however, everything unfolds in a completely spontaneous, natural way. Natural, but not always the pleasant side of nature; she is perfectly capable of unleashing nature in all its fury, a tornado or tsunami of vocal sound and aggression that threatens to obliterate her audience. At times the ground beneath our feet was shaking, and our bodies were assaulted by the strength and energy of the sound waves emanating from the towering loudspeakers on either side of the stage. At other times Tagaq uses her voice with the delicacy, sweetness, and innocence of a child. One memorable aspect of her performance is the sheer range of emotional and musical territory that she covers. A lifetime’s worth of experience is compressed into one short, uninterrupted span of time. You come away from her performance not just entertained, but transformed, terrified, humbled, exhausted, and ultimately uplifted.

Her Toronto performance is part of her Animism tour, in celebration of the CD from Six Shooter Records that was released earlier this year. The CD is dedicated “with deepest condolences and sense of loss” to Loretta Saunders, the 26-year-old Inuk woman who was murdered in February 2014. At Tagaq’s performance on September 22nd at The Carlu in Toronto, the evening she won the 2014 Polaris Music Prize, the names of 1200 murdered and missing aboriginal women scrolled by on a screen at the back of the stage. There was no such overt statement on Thursday evening, although for Tagaq her music is always a kind of political activism.

The Carlu performance, which can be seen on YouTube [starting 3:22:12], featured a performance based on two of the tracks from the Animism CD. The musicians on stage with her at The Great Hall were the same who accompanied her on the evening of the Polaris Prize, but the music was only distantly related to what is on the CD. Instead of individual songs, the performance unfolded as a 70-minute-long arc of sound. Jesse Zubot of Vancouver energetically tortured his electrically amplified violin and controlled the menacing electroacoustic component of the performance. Jean Martin of Toronto evoked an entire world of sound from his drum kit, at times attacking it with positively deafening enthusiasm. The 40-voice Element Choir under its director, Christine Duncan, stood on a riser at the back of the stage. The choir is as adept at improvising as the other musicians, responding with astonishing unanimity, immediacy, and sensitivity to Duncan’s expressive hand gestures. Duncan in turn was totally attuned to Tagaq’s performance, using her choir to brilliantly amplify and comment on Tagaq’s musical ideas.

Tagaq began with a ten-minute long monologue, speaking on intimate and engaging subjects ranging from personal observations to political commentary. She mentioned traditional Inuit throat singing, which she identified as her favorite sound in the world. Tagaq is often labelled an Inuit throat singer, but that is but one small, though admittedly important, facet of her vocal idiom. To call her an Inuit throat singer is about as meaningful or meaningless as labelling Zubot a violinist, Martin a drummer, or Duncan a choir director. What each does in their respective domain completely transcends those labels. References to specific traditional Inuit throat songs in Tagaq’s performances are fairly sparse; more commonly, she riffs on selected sounds or techniques from this repertoire.

To catalogue the rest of Tagaq’s performance gestures would be to call up an encyclopedia of extended vocal techniques, from pitiful crying to angry shouting, child-like singing to guttural explosions, earthy grunts to sublime exclamations of joy. It is a wonder she has not completely shredded her vocal chords. Her physical movements are just as unconstrained as her vocal expressions. Her body sways continuously; at times she crouches down like a tiger ready to leap, flails her arms uncontrollably, curls up like a ball, rubs her hands over her body, or strains to reach upward on her toes. The movements are unceasing, the physical energy unrelenting. Dressed in a black body suit covered by a black diaphanous dress, she was barelegged and barefoot, drawing energy from the ground beneath her feet. She is completely at home in, at ease with, and energized by her body, not afraid to reveal any and all emotions, utterly open and honest in travelling fearlessly to whatever musical and emotional territory the moment takes her. At times it is painful to watch; there are moments of gut-wrenching agony and unbearable intensity. But it is mesmerizing as well, and utterly unforgettable.

The Animism tour continues with sold-out performances in Ottawa and Montreal this evening and tomorrow; tickets are still available for later shows in Hamilton, London, ON and at selected venues in the United States.

THE SCOOP | Missing Violin From Toronto Subway Has Been Recovered 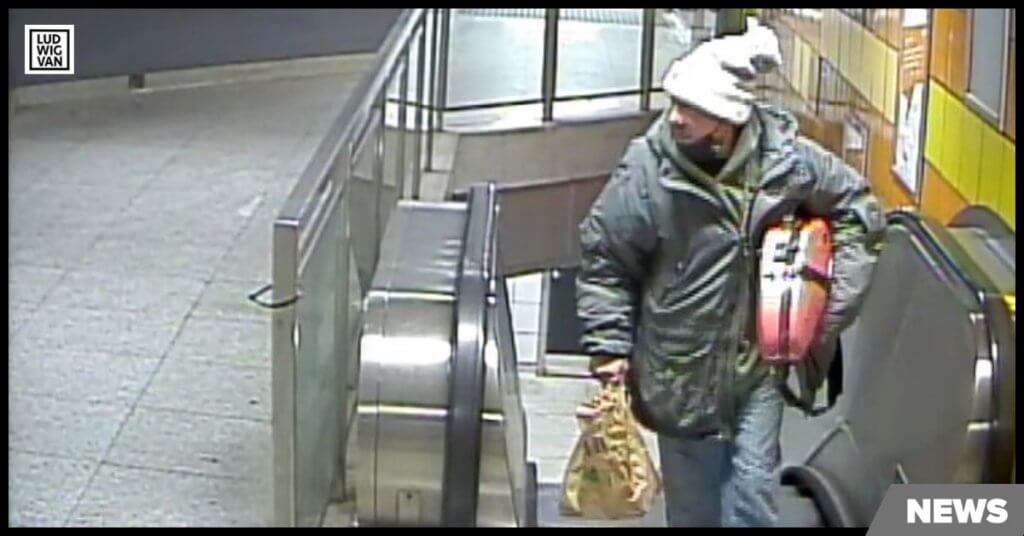 Toronto police have confirmed that the historic violin that went missing on the TTC was recovered yesterday.
(Continue reading)
Read the full story Comments
Share this article
lv_toronto_banner_high_590x300