LINES OF ENQUIRY | The Future of Notation Software

Daniel Spreadbury is Product Marketing Manager for Steinberg’s in-house scoring application. I had the opportunity to chat with him briefly about the ongoing development of computer music standards in the wake of the digital humanities movement, the challenge of building great software, and the future of digital music notation. Learn more about the application’s development at blog.steinberg.net, and follow Daniel @dspreadbury.

A major cornerstone of the new product is SMuFL, or Standard Music Font Layout. How did this aspect of Steinberg’s project come about, how as it been received in the wider sheet music software community thus far?

Necessity is the mother of invention, as they say. We needed a music font for our new application, and although there was some merit in following in the footsteps of the existing quasi-standard for glyph mapping that was started by Cleo Huggins’s Sonata font for Adobe in 1985 and continued through the fonts developed for Finale, Sibelius and other scoring programs throughout the 1990s, there has been so much positive change in font technology over the past 30 years that the time seemed right to start from first principles.

Using Unicode and OpenType allows all sorts of benefits, such as packing all the necessary glyphs into a single font file, and using advanced typography features such as optical variants, ligatures, and so on in a standardised way.

I’ve been very pleased by the interest and support in SMuFL from both the software development and academic communities. A number of developers, large and small, are working on implementations of SMuFL in their products, and academics working in the digital humanities seem to be excited about the possibilities SMuFL affords in encoding music more richly.

There are nearly 2400 glyphs in SMuFL 1.0. Some space has been left for the inclusion of future additions. What was the process of determining the additions to the 220 accepted into Unicode Standard in 1998, in terms of balancing cultural inclusion, legibility, and ease of use/ creating a SMuFL font?

When I introduced SMuFL at the Music Encoding Conference in May 2013, there were around 800 glyphs in the standard. I chose those initial glyphs by surveying the Unicode Musical Symbols range, plus the commonly used music fonts for the existing commercial and open source major scoring applications, and I consulted with a handful of music editors and engravers about symbols they felt were missing, particularly those used in contemporary music. Composers continue to invent new symbols and notations at quite a rate, which is something of a double-edged sword, and as such it can be difficult to know whether a particular symbol or notation is going to reach wide adoption.

After the initial release, I opened up SMuFL development to the community, and invited people to advocate for the inclusion of particular ranges of symbols, as well as to make technical recommendations about how the standard should be put together.

There were a few ranges that were controversial. Daesian notation, for example, is an ancient form of music notation of which precious little survives, but it was included because it had not yet been adequately encoded in any other known effort, while things like ancient Greek music notation were not included, because they have already been adequately encoded by other projects.

In your blog, Making Notes, you often refer to Elaine Gould’s Behind Bars. What makes this text a particular guide over the course of development?

I have a big pile of books on my desk, though I tend to refer to Behind Bars first. Although I know some engravers who disagree with some of Elaine’s recommendations, the great thing about Behind Bars is that it is cogently argued, with logical reasoning behind all of its recommendations. It is also meticulously researched, and the closest thing we have to a manual of best practice based on the start of the art in music publishing. It does not completely supersede the earlier books by the likes of Gardner Read, Ted Ross, or Kurt Stone, but it is definitely the place we start when we want to remind ourselves of the kind of issues we have to deal with when tackling a new area of notation.

We then go beyond Elaine’s book, to refer to the other standard books, to look in as many published scores as we can, and to canvass the opinion of expert and experienced music engravers on specific, nitty-gritty issues.

We’re fortunate to be able to stand on the shoulders of the decades of research and experience that have gone into all of these works, but it doesn’t make the job of turning all that knowledge into an algorithmic approach that is capable of solving graphical problems in the most general way significantly easier.

If you had to choose your top three foundational texts or aphorisms that have guided the development of the product, what would they be, and why?

Great defaults, with flexibility. We’re working really hard to make the default engraving choices made by our algorithms as good as possible, so that if you have neither the time nor the inclination to change them, all you have to do is type in your music and print it out, with next to no time spent on tweaking positions, or on layout or formatting. But if you want to dig in and tweak, we aim to provide efficient ways to do that, too.

Automation can save time if it does what you would have done anyway. The kinds of customers we are targeting are wary of tools that claim to do too much for them. With some products, they have found themselves either working against automatic systems that can’t be bent to their will, or working entirely manually because the tool they are using provides no smart automation at all. Our goal is to make our product as automatic as possible, but to make the rules determining the automatic behaviour sufficiently flexible that you can tailor the result to your taste with minimal effort.

Any thoughts about the challenges and opportunities that other input interfaces as a touch, stylus, and even voice present? I see the Surface Pro and its stylus to particularly pose an opportunity for mixed input methods on relatively little development time… though I am probably wrong.

I think you’d be surprised at the complexity of recognising the input of handwritten music using a stylus or, even harder, a finger. Neuratron are the current leaders in this field, and their NotateMe app for iOS and Android is the result of nearly a decade of work on recognising handwritten music, which first appeared in their PhotoScore product. There’s a lot more to it than having solid APIs for working with stylus or touch data!

We’re definitely interested in the use of input methods beyond keyboard, mouse, and MIDI in the future, but we’re focusing on those more traditional methods at first.

Any chance on a rough ship date? Next year? Which platforms can readers expect on launch?

All I can say about our ship date is that we’re working as fast as we can, and we’re keen to have our product in the hands of customers as soon as possible. That said, Steinberg is committed to producing something of professional quality, and we’re not going to rush something sub-standard out of the door.

We are targeting OS X and Windows at first. We hope to expand to mobile platforms such as iOS and Android in the future, though I don’t anticipate that we will port our desktop application over to mobile: we would be looking to produce mobile apps that support and complement the desktop experience, rather than to replace it.

Has Steinberg considered a subscription model? This seems to be a trend in professional software, such as Microsoft Office 365 and Adobe Creative Cloud. Relatedly, are there plans for a significant cloud/internet oriented component on the product?

We haven’t decided exactly on pricing and sales model for our new product, but I expect that we will follow the kind of model that has been successful for Steinberg’s other products. At the moment, Steinberg doesn’t offer any subscription pricing options.

Lastly, I have to mention this – in August, MakeMusic, creators of Finale, announced an acquisition by Peaksware, who develop software for coaches and athletes. They argue that this is a good fit. Do you agree?

I don’t feel qualified to talk about the specifics, but what I can say is that on a personal level, prior to joining Steinberg I have had experience of these kinds of radical changes in management, and I hope that all of the current employees of MakeMusic who don’t make the move to Colorado when their current HQ is closed next year quickly find new and more satisfying opportunities. 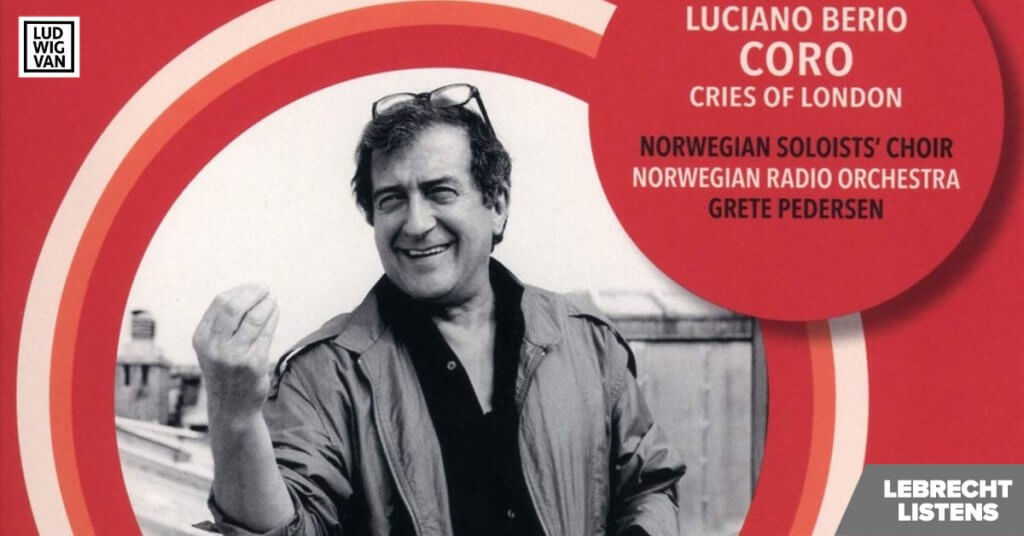 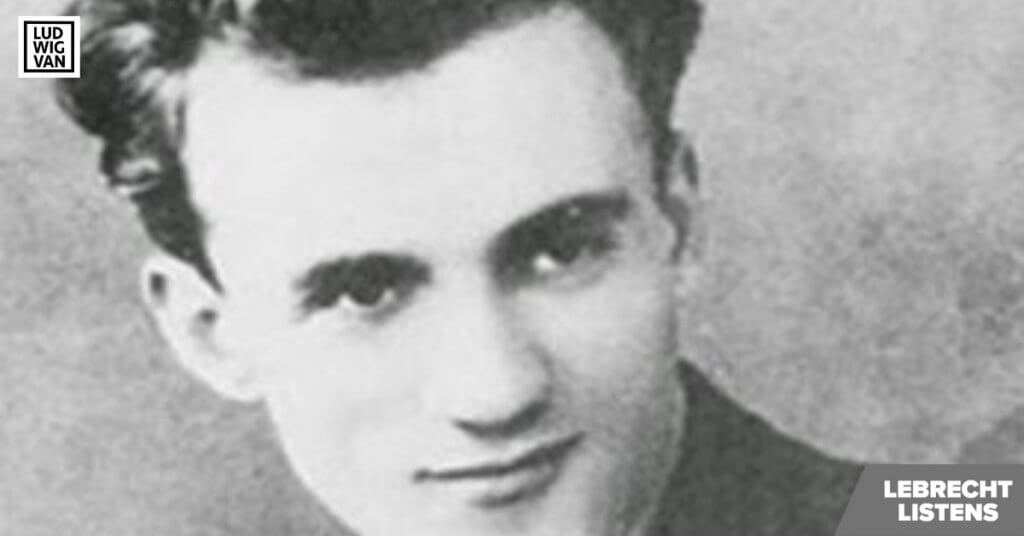