At the Heliconian Hall on Saturday night, there was a great buzz as a full house gathered for Essential Opera’s production of three original operatic works, Etiquette/Regina/Heather, written by Monica Pearce, Elisha Denburg and Chris Thornborrow, all of whom are prolific young composers.

Co-founded in 2011 by founders Erin Bardua and Maureen Batt, Essential Opera has a mandate to produce opera at its essence, by boiling down the operatic experience to great singing, engaging stories, and bringing to life characters and their relationships with each other.

This was the first time that Essential Opera presented contemporary works, and one of the rare occasions where additional instrumentals were included into the musical mix, thanks in part to a hugely successful indiegogo campaign.

Opening the event was Monica Pearce’s Etiquette, inspired by the best-selling book of American Author Emily Post, “Etiquette in Society, in Business, in Politics, and at Home”, with John Terauds as librettist.

The full cast also includes Nancy Astor (played by mezzo soprano Julia Morgan), the first woman to serve as a Member of Parliament in Britain; and Dorothy Parker (played by Batt), an American journalist known for her satiric writing.

There was a strong overture to set the tone, and some beautiful thematic materials that represent each character, such as the piano music that emulated the sound of typewriter during the scenes where Parker is writing her review of Etiquette.

The conversation between Emily and Nancy in the middle scene was full of subtext, but I found it hard to follow along with the music at times. There was a climax to the work that never came. However, with solid musical ideas and an engaging narrative, it’s clear the piece has the potential to become much more, and I hope we will see this promising work further developed.

The second work was Regina by Elisha Denburg, a premiere performance of his doctoral thesis. Based on the life of Regina Jonas (played by Bardua), the first woman to be ordained a Rabbi in Berlin of 1935, the rich and complex story of her life was distilled by librettist Maya Rabinovitch and Denburg to just the most critical and dramatic moments.

The story of Anna (played by Batt) plays in parallel, a researcher who is looking into the past lives of the people her father (played by baritone Jesse Clark) had erased during the second world war, hoping to find redemption by making at least something right. The text is expertly woven with music such that the two women give different meaning to the same words.

A chamber force of violin, clarinet, accordion and piano was used to great dramatic effects. Moving instrumental interludes and a pace that kept the audience at the edge of their seats gave way to many giving a standing ovation for this work.

This short opera throws an emotional punch, and Bardua was particularly convincing in her role as Regina. Additional supporting roles include Morgan as Regina’s mother, and baritone Keith O’Brien as the Rabbi that encouraged Regina to pursue her calling.

The last work of the evening was Heather by Chris Thornborrow, originally entitled (CINDY + MINDY = BFs 4EVER) when he developed the first scene with Julie Tepperman as part of Tapestry New Opera’s Composer-Librettist Laboratory (better known as LibLab).

The first scene takes places while the young Cindy (Batt), Mindy (Bardua) and her boyfriend Tyler (O’Brien) are texting each other from their respective homes. This is the piece where the natural synergy between Bardua and Batt as a performing duo was in full dramatic and musical force.

The language that Tepperman employs and Thornborow’s design of special surtitles that look very much like the text messages on an iPhone carried through a sense of authenticity while we suspend our disbelief of people using their operatic voices to carry out teenage dialogue (complete with bad spelling).

The newly developed second scene takes place in a classroom where the English teacher (played by Clark) drones on about the difference between empathy and sympathy, while Cindy urges Mindy to make life hell for the off-stage Heather who had expressed a bit too much online affection for Tyler, which was the fodder for all this teenage drama in the first place.

With just a piano as accompaniment, Thornborrow dug deep to dissect the sounds associated with our digitally mediated social lives, and employs in his score the facebook message alert sound that in fact consist of the pitches F-A-C-E. This is artistic commitment that leads to a work that has the potential to resonate with contemporary audiences, while introducing them to the joys and pleasures of the operatic form.

The work is being further developed into a one-hour opera intended for touring in school settings. You can catch another performance of these two scenes as part of Gregory Oh’s Open Ears Festival of Music and Sounds in June.

Music director Cheryl Duvall on piano and conductor David Passmore provided a solid anchor for all three operas, and clarinetist Anthony Thompson, violinist Ilana Waniuk, and accordian-player Branko Dzinovic provided a rich layer of sound that elevating the solid performance by all the vocalists.

For the past three years, Essential Opera has taken every effort to create a friendly and welcoming atmosphere for the opera-shy, and a new way for the seasoned opera fans to enjoy the classics. Premiering three short operatic works is an important milestone for this emerging indie opera company, and like many others in the city, they are discovering an audience with a taste for opera in intimate settings.

For the operatically curious and the culturally adventurous, here are three other indie opera productions coming up with very different aesthetics:

Víkingur Ólafsson has taken a pair of French composers two centuries apart and effectively melded their music into one by the simple method of interleaving short pieces across a whole album.
(Continue reading)
Read the full story Comments
Share this article 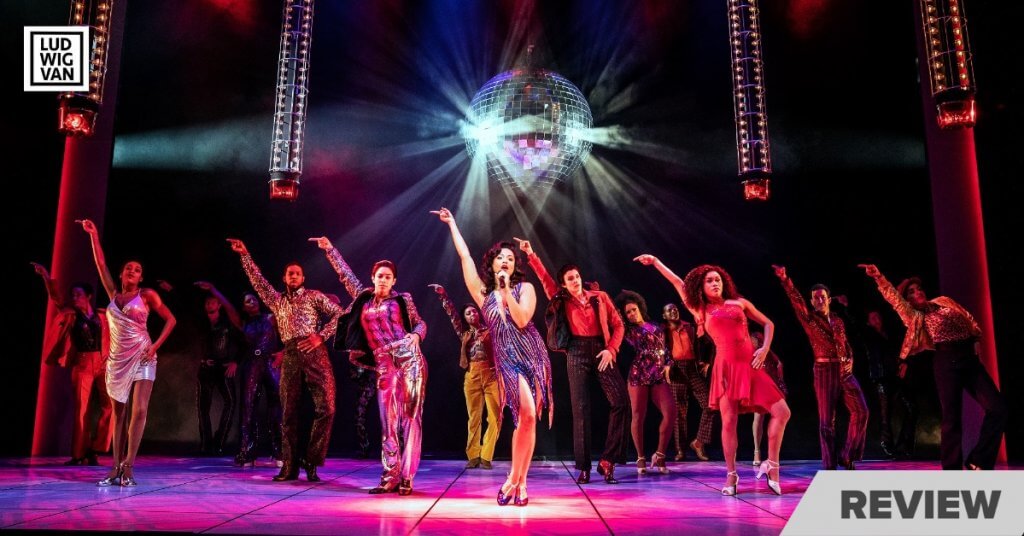 With a supremely talented cast and high octane dance, Summer is a fitting tribute to the Queen of Disco.
(Continue reading)
Read the full story Comments
Share this article
lv_toronto_banner_low_590x300
lv_toronto_ssb_atf_300x300