There are two contrasting and equally compelling opinions circulating on how much activity artists should engage in during this quarantine. On one hand there are those who, with good reason, are putting down their instruments and quelling creative urges for the duration of the pandemic. On the other, there are those using this period to reach into their bags of abandoned projects and forgotten passions. In both cases, taking care of mental health is the priority.

Self care can look like doing nothing, and also like reaching out to others and rekindling old interests.

The performing arts will be revived when this pandemic is over, and there’s something to be said about how what we’re doing now positions us for that eventuality. Yet if there’s any time to challenge the habit of gauging your worth as an artist from the transactions you engage in, and your commercializable output — this is it. Whatever works for you. And in most cases a cautious balance between the two modes of being is probably prudent considering we’re all still in the dark about how long this lockdown will last.

Simon Rivard, TSO’s RBC Resident Conductor and Conductor of the TSYO, seems to be finding a balance between getting through this moment and preparing for what’s next. He joins us from Montreal to share some thoughts on how musicians can remain active and orchestras can expand on their digital output when this lockdown is lifted.

How are you doing during this pandemic?

I’m doing great. I know that some artists are really eager to communicate and feel that they have to reach out every day. I’m the opposite; I’m looking inwards and trying to find new inspiration by reading new things and discovering new music. I’m mostly working on myself right now, I guess I’m just discovering that I’m way more of an introvert.

How are you keeping busy artistically?

As the new TSO season has already been announced, I’m preparing for my projects next year. I’m also assisting Barbara Hannigan in a few of her projects in Europe; I ordered a ton of scores to learn.

I’m also trying to find ways to involve the TSYO musicians because some of them are really eager to participate in new activities. We just did a trivia afternoon this past Saturday; we’re trying to do masterclasses and brainstorming ways to keep them involved during the quarantine. The TSYO was supposed to go until the beginning of May, so these students still want to learn something from their coaches and from me. We cancelled their last concert that was supposed to be on May 3rd but we still want to take care of them.

I’m also learning jazz piano and listening to a ton of music.

Any books, films, TV on the go?

I’m reading a lot, reading things that I’ve been putting off for a while. I re-read Phillip Pullman’s His Dark Materials; I wanted to go through them again. They did the first book as a TV series on HBO, I watched it and made me want to read the book again. I also finished Independent People by Halldór Laxness from Iceland. For TV I’ve been watching Curb Your Enthusiasm. Radio-Canada also has an app called Ici Tou TV with a lot of francophone material. There’s a new show called C’est comme ca que je t’aime, it’s really funny — everybody in Quebec is watching it. And for Easter I watched Life of Brian, like I always do.

For me I feel most alive when I immerse myself in a new passion; I see a lot of people on Facebook and Instagram indulging in old passions and things that make them feel safe. They go back to their favourite movies, the same music and so on. I think that finding a new passion and investigating something that you’ve always wanted to do but never had the time to, makes the time fly. Since the beginning of isolation, studying jazz harmony means that I can be at the piano for five hours and not feel the time pass. If I only studied scores and did the usual things, I think time would feel much longer.

Studying jazz piano is basically studying jazz theory, so it’s immersing myself in a whole other culture. My grandfather was a jazzman who had his own big band, and I loved that music when I was a kid. Growing up I never had the opportunity to study jazz, because it’s either you’re a classical or a jazz student. Some people do both, but when you go to the Conservatory you pick one or the other. So now I’m basically just listening to all the classic Bill Evans and Mulgrew Miller and trying to improvise, which I never really did.

I think learning how to improvise makes me a better classical musician. One of the things in jazz that I love is that you really have to integrate everything. If you learn something, you have to learn it in all the keys, and if you learn in it all the keys it means that you need to understand the role of every single note and every single harmony. We seldom do that in classical music, so I try to apply that to my music. Then there’s freedom of improvisation to really capture the essence of a piece, and then be able to riff on it.

What do you think are some of the ways arts communities can better prepare for adjusting to a crisis such as this? The TSO/TSYO in particular?

I think that we will be by default more prepared because we are learning really quickly as we go to integrate online platforms, Zoom for example. When I did the trivia afternoon with the members of the TSYO, I was wondering why I didn’t do that before the pandemic. I could have involved them in some online activities, so if there’s another crisis like this, the gaps will be smaller because all the things we are doing digitally can be continued. Many people I know didn’t even have a microphone or a camera, so they’re just now learning how to do that properly, and put together those amazing online videos. So they are right now acquiring a ton of skills that they will be able to apply later on. If there’s another crisis, we would be able to right away switch to a digital mode of making music together.

Any digital projects coming up?

The reason why so many orchestras in Europe are able to do digital projects is because they have different union agreements from ours. Many orchestras in North America will have to renew their master agreements in the next year, and I think it will be part of the discussion to be able to give greater freedom to broadcasting without it wrecking the orchestra financially. Recently, the TSO broadcasted something but it was under the ‘Musicians of the TSO’, which is another association, and they are not bound to the same rules. If the TSO was to broadcast something, certain exceptions could be made to waiver some of the rights, but if it becomes a regular broadcast, we would have to negotiate new rules. Going forward I think we will need to have more flexibility in that respect, to be able to keep serving our community even if we can’t play in a concert hall. 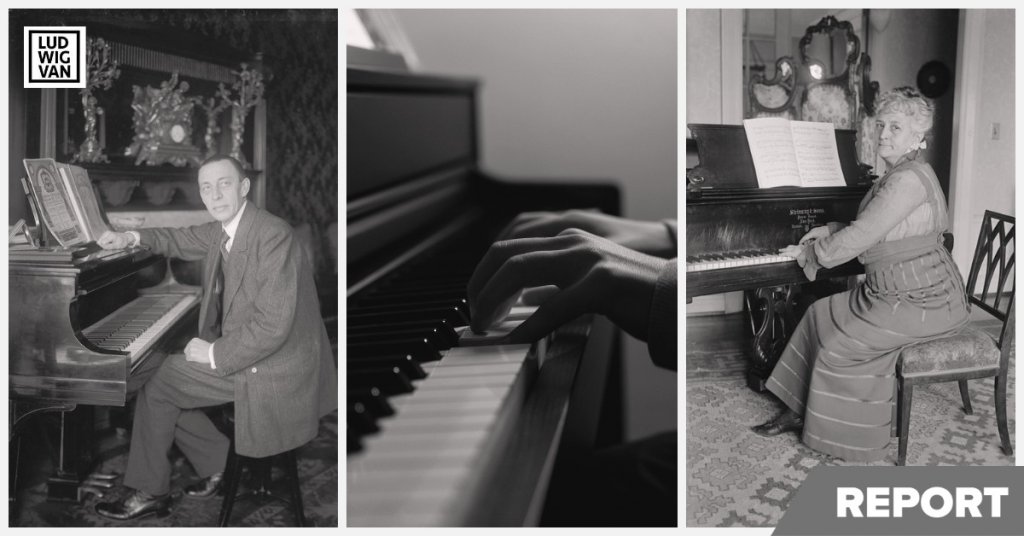 It may seem like an unlikely combination of events, but across North America, piano retailers are reporting a significant uptick in sales during the COVID-19 lockdown.
(Continue reading)
Read the full story Comments
Share this article
lv_toronto_banner_high_590x300 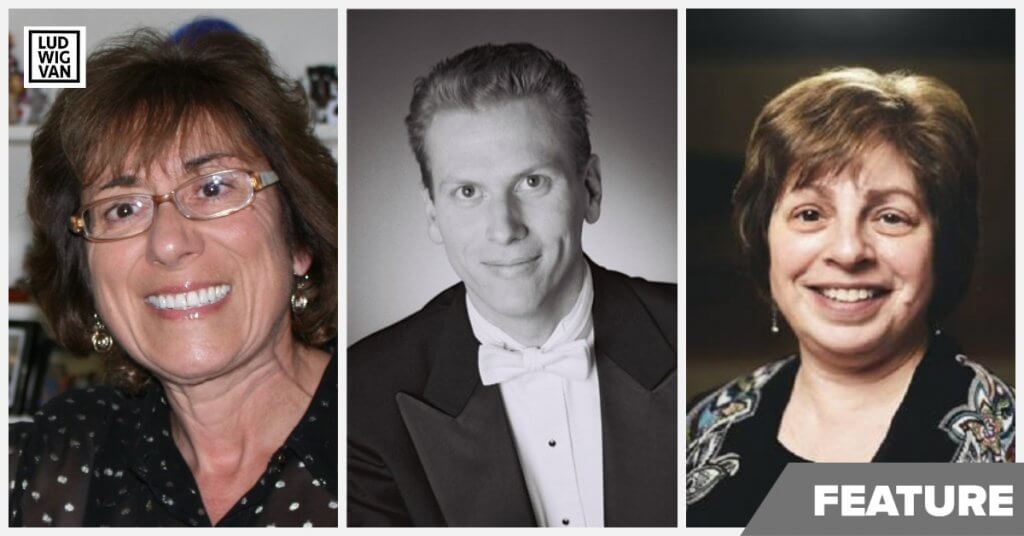 GUIDE | A Musical Reading List For The August Civic Holiday 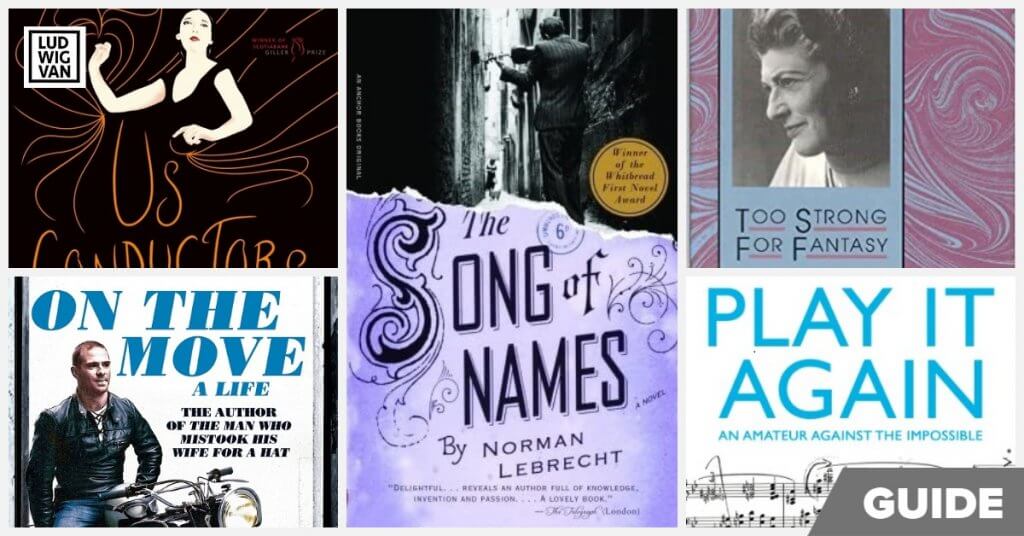 Here are five titles to occupy the month of August with reading in a musical theme.
(Continue reading)
Read the full story Comments
Share this article
lv_toronto_banner_low_590x300
lv_toronto_ssb_atf_300x300