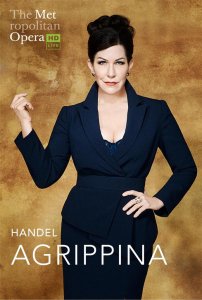 In the Met’s first-ever performances of Agrippina, Handel’s satire of sex and power politics, Sir David McVicar reconceives a production he originally created for the Monnaie in Brussels in 2000, evoking a scandalous world in which the Roman Empire never fell but simply kept going right up to the present. Holding a distorted mirror to […]