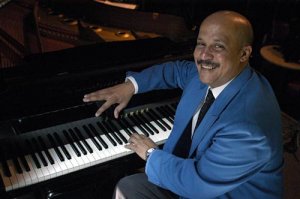 Cuban-born Hilario Durán grew up in Havana in a musical family, and immigrated to Canada in 1998. A giant of Afro-Cuban jazz, Hilario Durán performed with legends such as Dizzy Gillespie, Michel Legrand and Arturo Sandoval. In his now 4-decade career, Durán has won multiple Junos and Canadian National Jazz Awards. For this special programme, […]

In this exciting and unforgettable concert, conductor Richard Kaufman presents Oscar-winning and -nominated music from Hollywood’s most memorable films. Complete with stories and anecdotes throughout the performance, this program features selections from such fabulous scores as Frozen, To Kill a Mockingbird, Out of Africa, Ben-Hur, Dr. Zhivago, The Wizard of Oz, The Magnificent Seven, The Godfather, Gone with the Wind, and many more! Concert […]