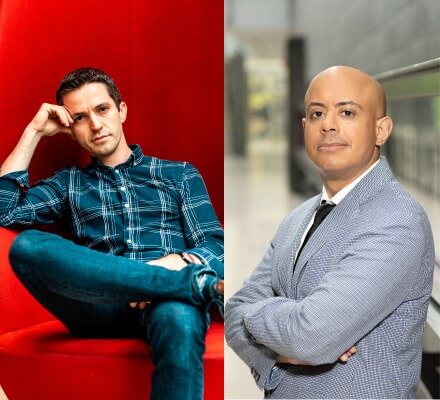 Ian Cusson is a composer of art song, opera, and orchestral works. Of Métis (Georgian Bay Métis Community) and French-Canadian descent, his work explores Canadian Indigenous experience, including the history of the Métis people, the hybridity of mixed-racial identity, and the intersection of western and Indigenous cultures.

Proclaimed “a phenomenon” by the Los Angeles Times and “one of the best pianists of his generation” by the Philadelphia Inquirer, Stewart Goodyear is an accomplished concert pianist, improviser, and composer, whose recent commissions include a piano quintet for the Penderecki String Quartet and a piano work for the Honens Piano Competition. His suite for piano and orchestra, Callaloo, and his Piano Sonata, were released by Orchid Classics. In 2021, The Royal Conservatory of Music appointed the RCM alumnus to a three-year term as its inaugural Artist-in-Residence.