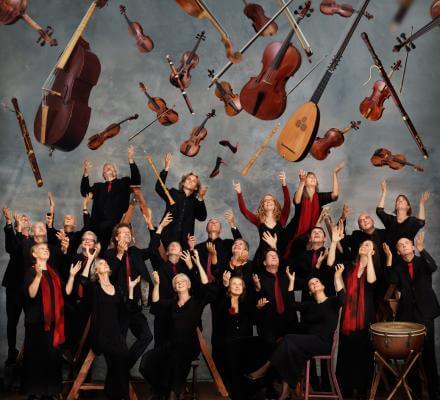 One of the world‘s leading chamber orchestras on period instruments, the Akademie für Alte Musik Berlin (Akamus), has established itself as one of the pillars of Berlin’s cultural scene, with its own concert series at the Konzerthaus Berlin for more than 30 years. It also performs a concert series at Munich’s Prinzregententheater. Having sold more than a million CDs, their highly successful recordings have won all important awards for classical recordings, including the Grammy, Diapason d‘Or, Cannes Classical, Gramophone, Edison, MIDEM Classical, Choc de l‘année, as well as the Jahrespreis der Deutschen Schallplattenkritik. In 2006, Akamus received the Telemann prize of Magdeburg and, in 2014, both the Bach Medal and Echo Klassik. For their Koerner Hall debut, the group will perform an all Bach program, including the Brandenburg Concertos Nos. 1-5.

Sinfonia from the Cantata “Am Abend aber desselbigen Sabbats”