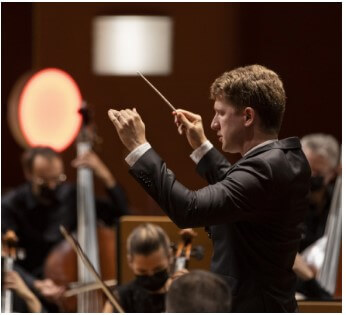 “A Born Communicator” (Le Temps), Joshua Weilerstein is the Artistic Director of the Orchestre de Chambre de Lausanne and enjoys a flourishing guest conducting career. He has been praised for “intense, eloquently moving, and spectacularly knife-edge” performances.

Part of the Temerty Orchestral Program at The Glenn Gould School (GGS), the Royal Conservatory Orchestra (RCO) is widely regarded as an outstanding ensemble and one of the best training orchestras in North America. It consists of instrumental students in the undergraduate and graduate programs of the GGS. Graduates of the RCO have joined the ranks of the greatest orchestras in the world.

Unable to attend in person? Watch this event for free from anywhere in the world at RoyalConservatory.Live.