Array Space | Toward the Heart of Sound 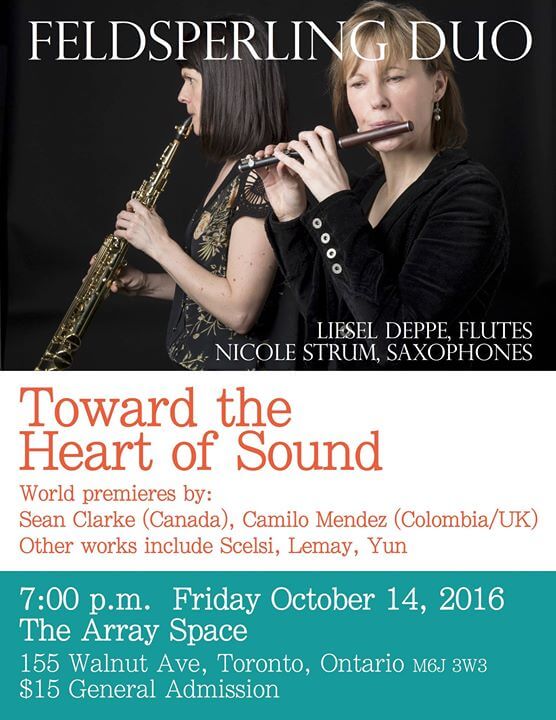 Following their inaugural performance at The Banff Centre, Feldsperling Duo (Liesel Deppe, flutes, and Nicole Strum, saxophones) is thrilled to present world premieres from Canada and Colombia/UK for flute and saxophone at Array Space on October 14, 2016: Sean Clarke’s Vespers, in its insistence and expansiveness, is the ideal complement to the miniature, microscopic sound world of Camilo Mendez’s Canción de la Distancia II. These new works, among others on the program, feature timbral shimmering, contemplative searching – sometimes with forward motion, sometimes cyclical – and voices both ecstatic and forlorn. The program in its entirety honours Giacinto Scelsi’s perpetual quest for the heart of sound.

$15 General Admission; tickets at the door.