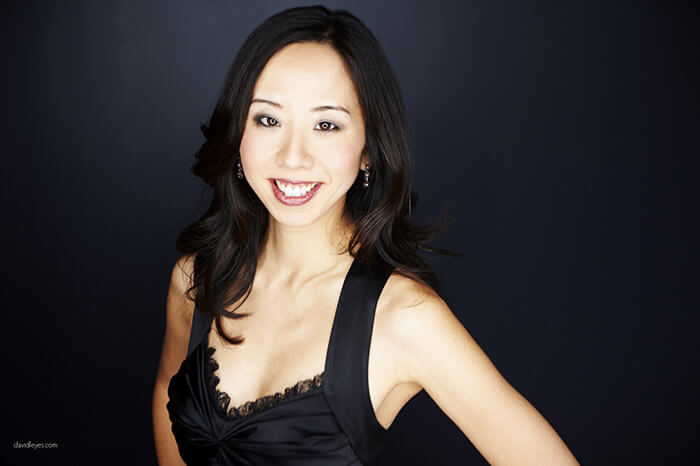 Pianist Angela Park  is a founding member of the award-winning Ensemble Made In Canada, the Mercer-Park Duo  and the Seiler Piano Trio. Elissa Lee, violin, was the winner of the 23rd Eckhardt-Gramatté Strings Competition, and  has appeared as a soloist with numerous orchestras across Canada. Clarinetist James Campbell has had five television specials, dozens of recordings  and works commissioned, a Juno Award (Stolen Gems), a Roy Thomson Hall Award, Canada’s Artist of the Year, the Queen’s Golden Jubilee Medal and was awarded the Order of Canada. Sharon Wei, viola, has had many honours including top prizes at the London Music Competition, and the Washington International Competition. Ms. Wei has appeared as a soloist with orchestras throughout North America. Violinist and violist Barry Shiffman co-founded the St. Lawrence String Quartet in 1989 and has become best-known for his chamber music career. Mr.  Shiffman joined The Glenn Gould School as Associate Dean and Director of Chamber Music. Flutist Susan Hoeppner  is an established international soloist and chamber musician, and her appearances include prestigious venues spanning the continents of North America, South America, Europe, and Asia. Cellist Cameron Crozman has performed in many famous venues including the Berliner Philharmonie, the Paris Philharmonie, Philadelphia’s Mann Centre, Montreal’s Maison Symphonique, and Canada’s National Arts Centre. Wallace Halladay has performed concerti by numerous contemporary composers, and worked with composers Michael Colgrass, Mauricio Kagel and Scott Good on the Canadian premieres of their concerti, the latter commissioned by the Esprit Orchestra.

(1934-2002) Glick is one of Canada’s most prominent and prolific composers having written in most major forms including chamber, oratorio, orchestral, vocal and choral. He received his Bachelor of Music and Master of Music degrees at the U. of T. and continued his studies with such masters as Darius Milhaud, Louis Saguer and Max Deutsch. Glick joined the CBC in 1962 where he worked as a music producer until1986. His involvement at the CBC in the field of production, recordings and programming won himseven Grand Prix du Disque and a Juno Award. Glick was choir director and Composer in Residence with Beth Tikvah Synagogue (1969-2002) where he composed the majority of his liturgical music. In 2000, Glick received the Yuval Award, from The Cantor’s Assembly of America, for his “lifelong commitment to the composition of music that captures the heart and touches the soul.” In 1992, in honour of Canada’s 125th Anniversary of Confederation, Mr. Glick received a Governor General’s medal “for his contribution to Canadian culture”. In 1994, Glick was appointed a Member of the Order of Canada for his “outstanding achievement, service to Canada and to humanity at large.

At the end of each concert we invite the audience to a reception with the musicians.

Tickets can be reserved online at www.syrinxconcerts.ca/tickets or www.brownpapertickets.com

The April 23 concert has special pricing: $35 general and  $25 students. By mail to: Syrinx Concerts Toronto 135 Arlington Avenue, Toronto, Ontario M6C 2Y9 or by phone: 416-654-0877.  Tickets are very limited but may be purchased at the door if still available (cash or cheque only).

Further information about Syrinx Concerts Toronto is available at www.syrinxconcerts.ca.