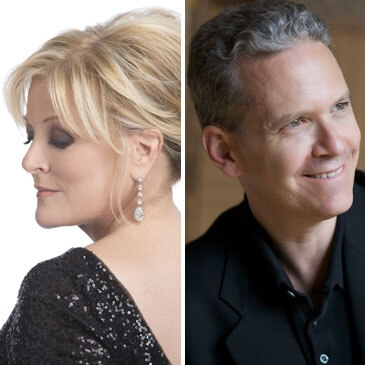 Ms. Voigt is “at once earthen and gleaming … Simply glorious.” (The New York Times) Having made her name as a leading dramatic soprano, she is internationally revered for her performances in the operas of Wagner, Strauss, and more, and is also an active recitalist and performer of Broadway standards and popular songs. Besides boasting an extensive discography, she appears regularly as both performer and host in the Metropolitan Opera’s Live in HD series transmitted live to movie theaters around the world. “Not only has her majestic voice made her fans love her, but so has the soprano’s profound feeling for texts and subtleties of musical style, not to mention her genuine sense of humor.” (Wall Street Journal) This program includes works by Bach, Strauss, Tchaikovsky, and Bernstein, accompanied by Brian Zeger.

Ben Moore: “I Am in Need of Music”
“This Heart That Flutters”
“To the Virgins to Make Much of Time”
“Bright Cap and Streamers”

Leonard Bernstein: “Piccola serenata”
“So Pretty”
“Greeting” from Arias and Barcarolles
“It’s Gotta be Bad to be Good” from On the Town
“Somewhere” from West Side Story

Generously supported by an anonymous donor