National Ballet of Canada | Apollo & Night & The Sea Above, The Sky Below & Paquita 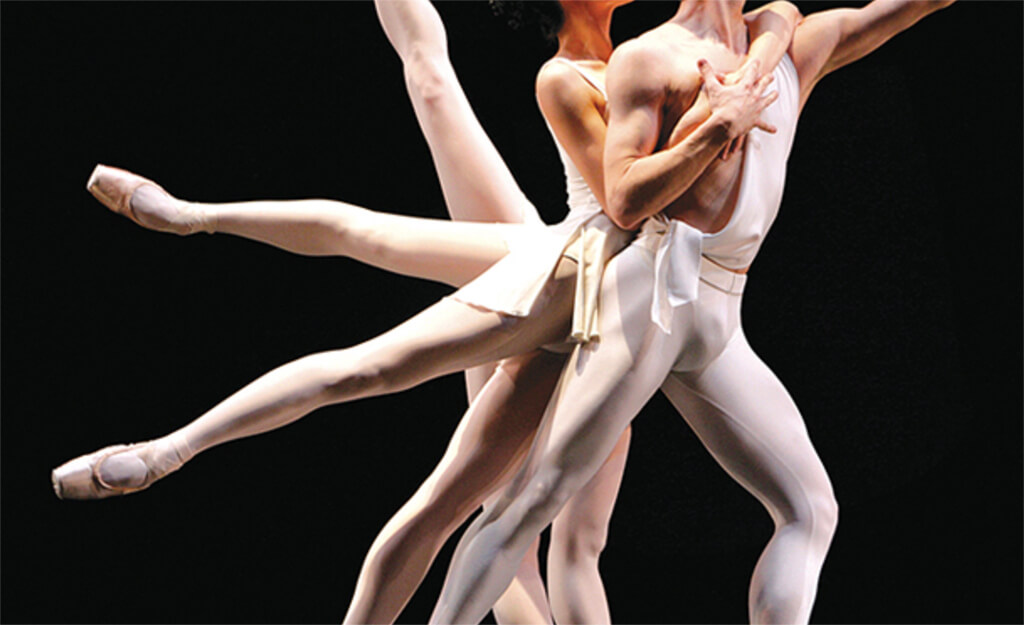 George Balanchine’s Apollo is one of the signal moments in both the choreographer’s oeuvre and in the legacy of cultural modernism. The famous collaboration between Balanchine and Igor Stravinsky produced some of ballet’s most legendary works, and perhaps none was as groundbreaking nor realized their aims of a neo-classical art form, as this 1928 ballet. The work almost singlehandedly established a new aesthetic that brought the language of classical ballet into a modern context, merging the past with the future in a way that would alter our conception of ballet forever.

The Sea Above, The Sky Below was created in celebration of Principal Dancer Xiao Nan Yu’s 20th anniversary with The National Ballet of Canada in 2017 and is remounted this year in honour of her farewell season. The choreography aims to embody the integrity and directness Ms. Yu brings to the creative process and to the stage. In this ballet the sole woman dances with two men as though she is saying a prayer for them. She guides the men forwards and emboldens them to be strong while retaining their sensitivity. The men in turn support her with gratitude.

An unabashed celebration of ballet’s virtuosic possibilities, Paquita revels in the dazzling panache and period exoticism of 19th-century classicism. It reflects classical ballet technique of the highest calibre and transports audiences to the splendor of Imperial St. Petersburg. The variations in the ballet include popular period dances adapted and stylized for classical ballet. The greatest of the Mariinsky Ballet’s ballerinas would take to the stage for performances of Paquitaattended by the members of the Imperial court and the Tsar himself.

The National Ballet of Canada first performed Paquita in 1991. This season, Associate Artistic Director Christopher Stowell creates a new adaptation of this breathtaking spectacle, after the classic 1881 version by Marius Petipa.