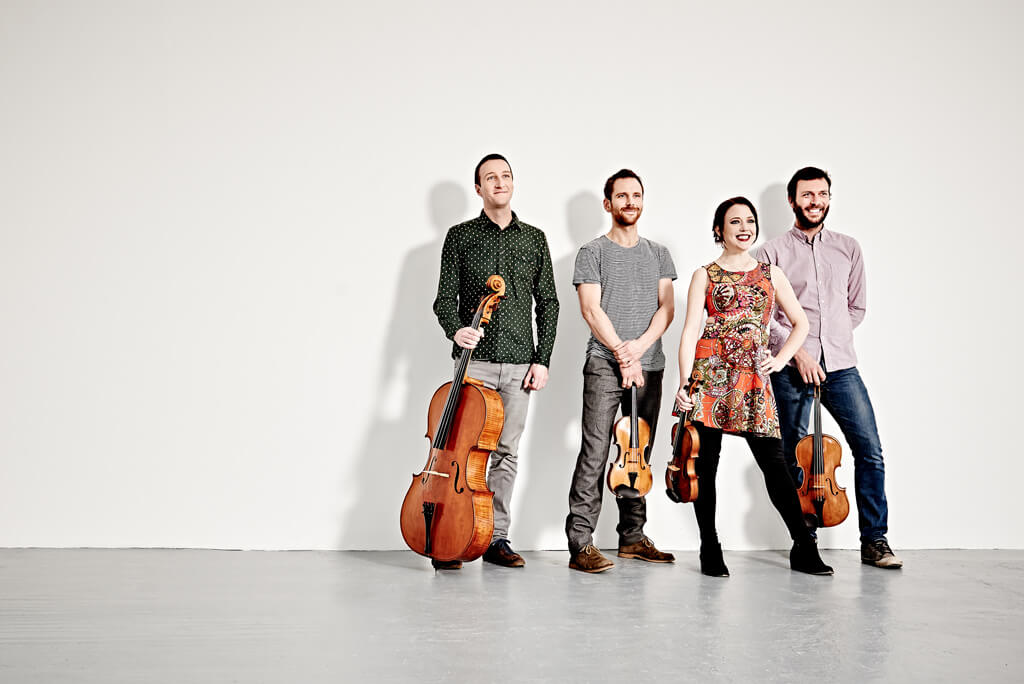 The dynamic and charismatic Heath Quartet is considered one of the most exciting British chamber ensembles of the moment. In 2013, it became the first ensemble in fifteen years to win the prestigious Royal Philharmonic Society’s Young Artists Award. Formed in 2002 at the Royal Northern College of Music, the ensemble was awarded a Borletti-Buitoni Special Ensemble Scholarship and in 2012 won Ensemble Prize at the Festspiele Mecklenburg-Vorpommern.

Notable performances have included a complete Beethoven Cycle at the Kilkenny Arts Festival, the world premiere of a Sir John Tavener work at the BBC Proms, concerts at the Beethovenfest Bonn and debuts at the Musée d’Orsay and Louvre Auditorium (Paris), as well as New York City’s Carnegie Hall and Lincoln Center.

The quartet has worked with many talented collaborators including Ian Bostridge, Adrian Brendel, Michael Collins, Stephen Hough, Sunwook Kim, Richard Lester, Joanna MacGregor, and the Tokyo Quartet. The Heath Quartet members are professors of chamber music at the Guildhall School of Music and Drama. This is their Canadian debut.

Their program will include Bartók, and Dvorák’s String Quartet No. 13 in G Major, Op. 106.

“Broad paragraphs of bold expression were avidly pursued but always stemmed from a lucid intellectual plane.” The Strad

“A performance of unforced beauty and tremulous tension.” The Times