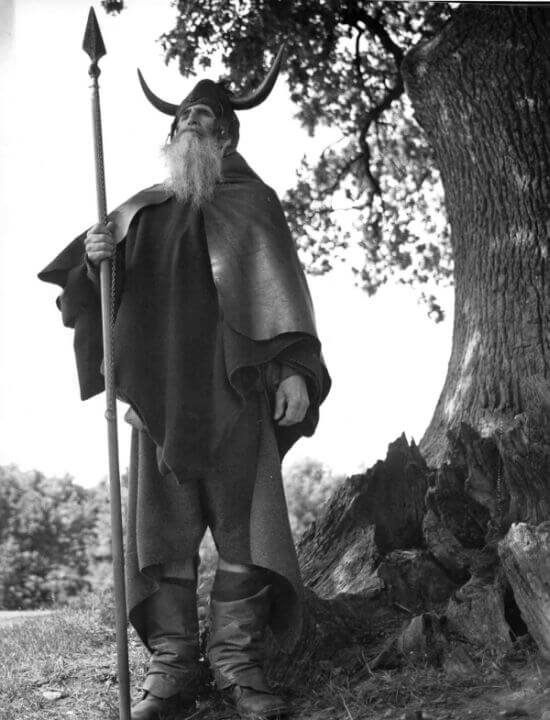 Louis T. Hardin, better known as Moondog (1916-1999), would have turned 100 this year. He was a blind, eccentric composer who became known as “The Viking of 6th Avenue” because of the Viking outfit he wore while he stood on the corner of 53rd Street and 6th Avenue in New York City talking to passersby about his music, poetry, and philosophy. Over the years he met a wide variety of New York musical legends, from Leonard Bernstein to Charlie Parker and was also friends with Philip Glass and Steve Reich. Moondog is sometimes credited with having some influence on the minimalist music movement, and his music has endured over multiple generations to affect the music of Stereolab, Daniel Lanois, Mr. Scruff and Mark Pritchard, among many others.