LEBRECHT LISTENS | Two New Beethoven Recordings, But Only One Gets It Right 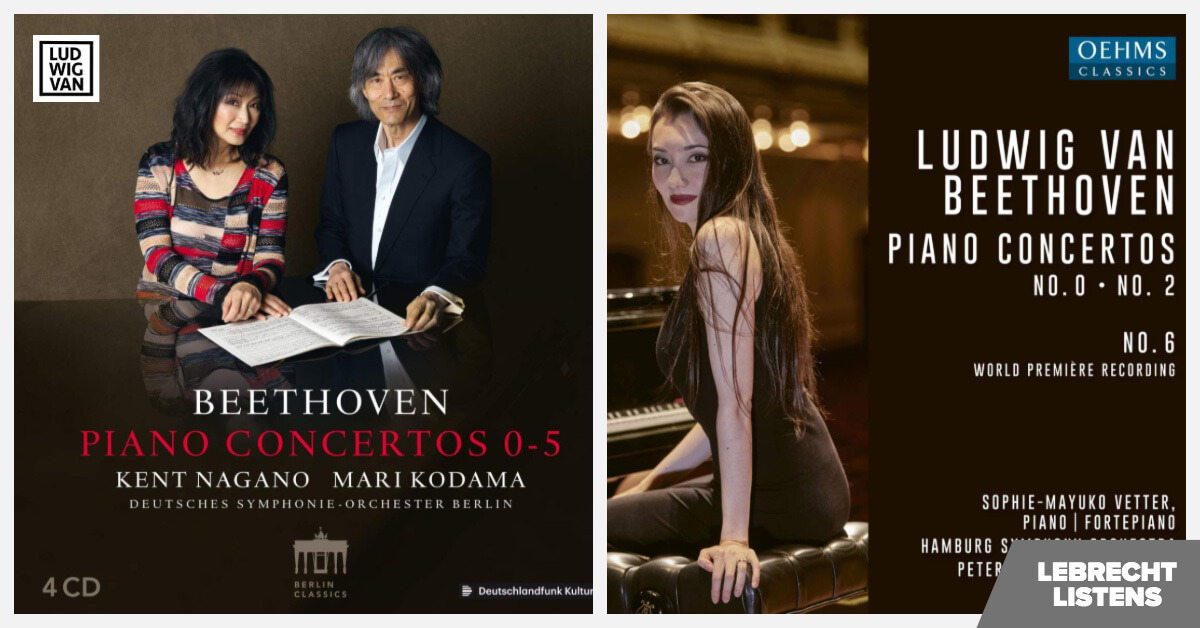 Two recordings arrive, both claiming to be Beethoven world premieres. At issue is a piano concerto the great man wrote in 1784 at the age of 13 or 14 and, after copious revisions, apparently forgot about. The autograph manuscript sits in the Berlin State Library, and two pianists have had recourse to it, with a quick trip to the photocopier.

First things first: is the concerto a significant work? Not in the sense that it reveals much we did not already know about Beethoven, music or humanity. The opening theme does not grip the ear and the development is fairly conventional. If someone marketed this as a discovered work by Clementi or Dussek, you would not doubt their word. There are phrases in the second movement that give an intimation of what lies ahead in the slow movements of the C major and D major concertos but the emotional barometer is turned very low and there is little to command the listener’s attention over the course of 23 minutes.

So which of the performances is to be preferred? Mari Kodama gives a perfectly agreeable account of the work with her husband, Kent Nagano, conducting the DSO-Berlin as part of a set of six Beethoven piano concertos. Sophie-Mayuko Vetter, playing a Beethoven-era Broadwood fortepiano, sounds marginally more convincing, accompanied by the Hamburg Symphony Orchestra, conductor Peter Ruzicka. Her album offers, in addition to the well-known B-flat major concerto opus 19, an unheard fragment of yet another discarded piano concerto. Undated, this one contains hints of an opening phrase from the future Emperor Concerto. In a year full of Beethoven, these workshop scrapings exert a haunting fascination. Vetter’s the one to try.